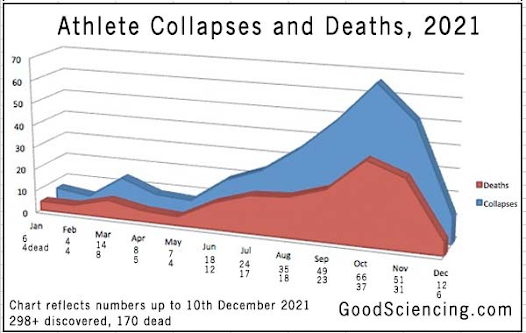 https://goodsciencing.com/covid/71-athletes-suffer-cardiac-arrest-26-die-after-covid-shot/
...On November 26, WHO designated B.1.1.529 as a variant of concern (3), as did the U.S. SARS-CoV-2 Interagency Group (SIG)* on November 30. On December 1, the first case of COVID-19 attributed to the Omicron variant was reported in the United States. As of December 8, a total of 22 states had identified at least one Omicron variant case, including some that indicate community transmission. Among 43 cases with initial follow-up, one hospitalization and no deaths were reported.
https://www.cdc.gov/mmwr/volumes/70/wr/mm7050e1.htm?s_cid=mm7050e1_w
​COVID infection of fat cells is bad, if you have a lot of them. It leads to a whole lot of inflammation, and can last a lot longer, with the virus dug-in deeply.
Abstract
The COVID-19 pandemic, caused by the viral pathogen SARS-CoV-2, has taken the lives of millions of individuals around the world. Obesity is associated with adverse COVID-19 outcomes, but the underlying mechanism is unknown. In this report, we demonstrate that human adipose tissue from multiple depots is permissive to SARS-CoV-2 infection and that infection elicits an inflammatory response, including the secretion of known inflammatory mediators of severe COVID-19. We identify two cellular targets of SARS-CoV-2 infection in adipose tissue: mature adipocytes and adipose tissue macrophages. Adipose tissue macrophage infection is largely restricted to a highly inflammatory subpopulation of macrophages, present at baseline, that is further activated in response to SARS-CoV-2 infection. Preadipocytes, while not infected, adopt a proinflammatory phenotype. We further demonstrate that SARS-CoV-2 RNA is detectable in adipocytes in COVID-19 autopsy cases and is associated with an inflammatory infiltrate. Collectively, our findings indicate that adipose tissue supports SARS-CoV-2 infection and pathogenic inflammation and may explain the link between obesity and severe COVID-19.
One sentence summary Our work provides the first in vivo evidence of SARS-CoV-2 infection in human adipose tissue and describes the associated inflammation.
https://www.biorxiv.org/content/10.1101/2021.10.24.465626v1.full
​A cruder reporting for our less-couth friends... Scientists May Have Discovered Why COVID Hits Fat People Harder
​  ​As part of the study, Dr. McLaughlin, Blish and other colleagues experimented on fat obtained from bariatric surgery to see if the tissue would become infected with Covid. They found that yes, they could - but certain immune cells known as macrophages were also susceptible, and produced a 'robust' inflammatory response. The team also analyzed fat cells from Europeans who had died of Covid, and found the disease contained within fat near various organs.
​  ​According to Johns Hopkins professor of cardiology, Dr. David Kass, a man whose ideal weight is 170 lbs, yet who weighs 250 lbs, is carrying a substantial amount of fat in which the virus can 'hang out' - where it can then replicate and trigger a 'destructive immune system response.'
​  ​"If you really are very obese, fat is the biggest single organ in your body," said Kass, who added that Covid "can infect that tissue and actually reside there."
​https://www.zerohedge.com/covid-19/scientists-may-have-discovered-why-covid-hits-fat-people-harder
​This article is from 2015, a kinder, gentler conceptual period for many Americans, the Obama years, "after the global financial crisis".​
The Thucydides Trap: Are the U.S. and China Headed for War?
In 12 of 16 past cases in which a rising power has confronted a ruling power, the result has been bloodshed.​ ​By Graham Allison
(​The British Empire deciding to not go to war with the ascendant Americans around 1900 is instructive for our current global situation. Can some of y'all countries out there help this war not happen?)
​https://www.theatlantic.com/international/archive/2015/09/united-states-china-war-thucydides-trap/406756/
​Eleni sent this article about global war/crisis vs. de-escalation and renegotiation leading to a multipolar world order.
Pushing Ukraine into war with Russia is just so appealing. It's such a low cost option to the empire to bleed a rival.​
What could go wrong?  OK ... Well, what ELSE could go wrong?
Ukrainian Crisis: Are We On The Verge Of WWIII Or Pax Multipolarity?
https://fort-russ.com/2021/12/ukrainian-crisis-are-we-on-the-verge-of-wwiii-or-pax-multipolarity/?utm_source=feedburner&utm_medium=email
Thucydides
(pictured with homestead addition in progress) 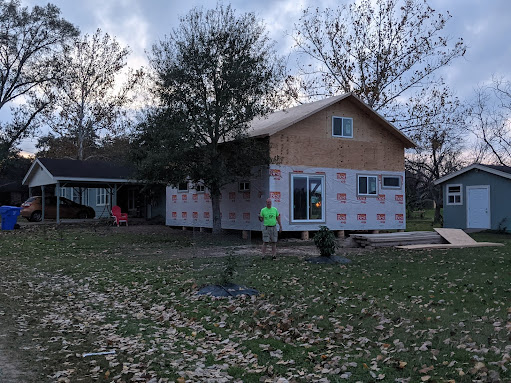 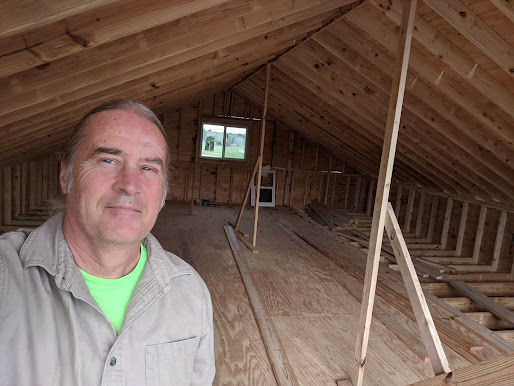