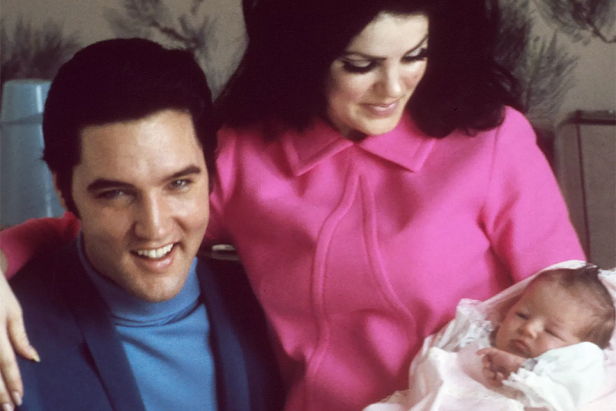 https://people.com/music/lisa-marie-presley-dead-life-in-photos/
7 Facts Fauci Knew But Hid From the Public​
​House Republicans on Monday commissioned a special investigative panel focused on the coronavirus pandemic during which they hope to press scientists and federal officials, including Dr. Anthony Fauci, about the origin of the public health crisis and the government’s response to it.​..​
​1) ​Fauci understood that American tax dollars went to EcoHealth Alliance and that money was then funneled to the Wuhan Institute of Virology (WIV) lab in China.
​2) ​Fauci knew EcoHealth Alliance was given an exemption from the pause on gain-of-function research.
​3) ​Fauci knew that the security standards at the WIV lab in China were deficient.
​4) ​Fauci knew that EcoHealth Alliance was not in compliance with its grant reporting requirements and wasn’t adhering to the contract.
​5)​ Fauci knew that gain-of-function research was in fact being conducted in
the WIV lab in China.
​6) ​Fauci knew that the standard P3CO interagency review process wasn’t followed in approving the grant to EcoHealth Alliance.
​7)​ Fauci knew that the virus likely came from the lab where U.S. taxpayer dollars were sent … the very city where that lab is​,​ a​s​ a deadly virus breaks out that would ultimately kill six million people around the world.
https://childrenshealthdefense.org/defender/anthony-fauci-hid-covid-pandemic-facts/
​  Peter McCullough MD , ​Massive Clot Burden Days after Taking Janssen COVID-19 Vaccine
​  ​Many thought initially that the Johnson and Johnson (Janssen) product would be safer since it was just one shot of an adenoviral vector vaccine (not mRNA). Unfortunately before COVID-19 it was known that the vector itself was thrombogenic. So combined with the genetic code for the Spike protein which is known to damage blood vessels and cause blood clots, the Janssen vaccine was expected to cause thromboembolism in patients from the very date of its release. Woo et al from the NIH in a report has described thousands (N=3790, 11% fatal) of patients with blood clots and their description of what happens in the human body is nothing short of “blood curdling.” Clots going from the ankle to the groin, shooting to both lungs, and killing the victim is a description out of a science fiction horror movie yet in this report produced by our own government gives no apologies nor raises a sense of alarm for the public.​..
..I wonder if a similar analysis for the mRNA vaccines would find the same degree of clot burden. In my clinical experience the mRNA and adenoviral vaccines are equally dangerous. As in the Woo report, the events with Janssen appear occur in a shorter time window (median 12 days) in proximity to the injection whereas the long lasting mRNA can drive catastrophic events months later.
​https://petermcculloughmd.substack.com/p/massive-clot-burden-days-after-taking
​  Thanks Jeremy. What could it be? : Japan’s Experts Baffled by High ‘Covid’ Deaths From Heart Problems Despite High Vaccination Rate 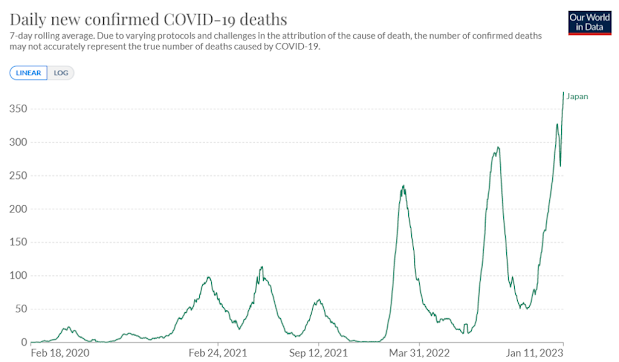 https://dailysceptic.org/2023/01/13/japans-experts-baffled-by-high-covid-deaths-from-heart-problems-despite-high-vaccination-rate/
Thanks again, Jeremy. "Suckers Finally Offered Even Break", Moderna:
Moderna begins trialing mRNA shot that is injected directly into the HEART to treat heart attack patients
https://www.dailymail.co.uk/health/article-11627695/Moderna-begins-trialing-mRNA-shot-injected-directly-HEART.html
Science gets spike-protein to grow in lettuce, along with other proteins to allow the intestines to absorb it into the bloodstream intact. Thanks Doc Robinson:
https://onlinelibrary.wiley.com/doi/epdf/10.1111/pbi.13993
Non-GMO Diner
Posted by John Day at 12:35 PM