​  ​Children of Azov Conscripted to Die

​  ​For the civilized, the idea that children as young as 13 or 14 should be used as Russian bullet stoppers (and this is precisely what they are) is barbaric and inhumane, something usually found among the warring tribes of sub-Saharan Africa.
​  ​The Optional Protocol to the Convention on the Rights of the Child on the involvement of children in armed conflict states that warring parties “shall take all feasible measures to ensure that members of their armed forces who have not attained the age of 18 years do not take a direct part in hostilities.”
https://www.globalresearch.ca/children-azov-conscripted-die-russian-meat-grinder/5803973
​  Soledar has 186 miles of vast salt-mine tunnels, which have been used for weapons storage since WW-1. Soledad has been taken by Russia's Wagner mercenary group. Bakhmut is a bloodbath and a critical point for supply to Ukrainian troops at the Donbas front. It is expected to come under Russian control soon.            Inside Ukraine's 120+ Mile Salt Mine Tunnels Just Captured By Russia's Wagner Group
https://www.zerohedge.com/geopolitical/russias-wagner-touts-major-victory-over-salt-mining-town-donetsk
Poland, the next Ukraine?
The Polish military will create a new infantry division equipped with state-of-the-art hardware in the eastern part of the country, Poland’s Defense Minister Mariusz Blaszczak has said...
..According to the minister, the division will comprise four brigades, separated into four battalions. A division is a military formation, consisting of between 6,000 to 25,000 troops.
The new forces will be armed with US-made Abrams and South Korean K-2 tanks, locally-made Krab and Korean K-9 howitzers, as well as reconnaissance drones, he said...
..“We know who threatens us and where… For Poland, the main threat is Russia and its imperial tendencies. That is why more troops are needed in the east of the country and that’s why a new division is being set up,”   https://www.rt.com/news/569648-poland-defense-infantry-division/
Pepe Escobar, The failed coup in Brazil is the latest CIA stunt, just as the country is forging stronger ties with the east.

A former US intelligence official has confirmed that the shambolic Maidan remix staged in Brasilia on 8 January was a CIA operation, and linked it to the recent attempts at color revolution in Iran.
On Sunday, alleged supporters of former right-wing President Jair Bolsonaro stormed Brazil’s Congress, Supreme Court, and  presidential palace, bypassing flimsy security barricades, climbing on roofs, smashing windows, destroying public property including precious paintings, while calling for a military coup as part of a regime change scheme targeting elected President Luis Inacio “Lula” da Silva.
According to the US source, the reason for staging the operation – which bears visible signs of hasty planning – now, is that Brazil is set to reassert itself in global geopolitics alongside fellow BRICS states Russia, India, and China...
..The same old CIA playbook though remains at work. It still boggles the mind how easy it is to subvert Brazil, one of the natural leaders of the Global South. Attempted old school coups cum regime change/color revolution scripts will keep being played – remember Kazakhstan in early 2021, and Iran only a few months ago...
..The future, unfortunately, is ominous. The US establishment will not allow Brazil, the BRICS economy with the best potential after China, to be back in business with full force and in synch with the Russia-China strategic partnership.
Straussian neo-cons and neoliberals, certified geopolitical jackals and hyenas, will get even more ferocious as the “G7 of the East,” Brazil included, moves to end the suzerainty of the US dollar as imperial control of the world vanishes.           https://thesaker.is/why-the-cia-attempted-a-maidan-uprising-in-brazil/

​  "Why have we achieved the level of success we’ve achieved in Ukraine? A big part of that has been because after Russian aggression in 2014 and 2015, we earnestly got after preparing for future conflict: training for the Ukrainians, pre-positioning of supplies, identification of sites from which we could operate support, sustain operations," he said.
​  ​"We call that setting the theatre. And we are setting the theatre in Japan, in the Philippines, in other locations."
https://www.zerohedge.com/geopolitical/top-marine-general-japan-bluntly-describes-us-setting-theatre-future-china-war

​Recall that in late December, Attorney General Denise George sued the bank, claiming they reaped financial benefits from Epstein's sex-trafficking operation.
​  ​T​​he original complaint against the bank filed by George included a lengthy-but-redacted section on "High Net Worth Clients" Epstein brought to JPMorgan. It had 11 separate entries spanning three pages of the complaint - which James O'Keefe of Project Veritas wants to get his hands on...
​..​One week after George's firing, the US Virgin Islands has filed an amended complaint which significantly shortens the "High Net Worth Clients" list to just three entries, and unredacts a name we already knew about; Glenn Dubin​.
​https://www.zerohedge.com/political/jpmorgan-epstein-lawsuit-amended-virgin-islands-client-list-shortened-staley-and-dubin

“How World Governments Are Run by Multinational Companies”​   Thanks Red.

​  ​American presidential candidate and international relations expert Emanuel Pastreich discusses the events of 2020 and how it was really an attempted totalitarian takeover of local and central governments around the world by billionaires and bloodline families working through IT companies, and private intelligence firms.​..

..At the end of the Second World War we had this very sad experience —and equally true in London as it is in Washington DC–which is that during the Second World War there was an effort in Washington DC or in London to move away from the imperialist financial system and to get back to something closer to a republic, something based upon representation of the interests and the needs of the average citizen, to move away from global finance.
​  ​But that effort, that effort to maintain healthy institutions, started to fall apart at the end of the Second World War. It took another 30 years to weave the spider’s web in which American and British corporations set up their Headquarters, in the Virgin Islands and other places, and thereby created a parallel alternate universe that is not subject to the rule of law, that is not overseen by anything; just trusts, corporations, offshore holdings.
​  ​And today that “spider’s web economy” has become the dominant paradigm. So we live in the terrarium economy—you, me, our friends– and then there’s this “Untouchable” Brahmin class of people who have accumulated billions and billions of dollars. They make up money, they control money, and they inhabit the the leftovers of the British Empire. They have become the dominant mode for economic interaction for both the United States and Great Britain, and other countries as well. We’ve signed, unbeknownst to Ourselves, a sort of death pact to have our societies torn apart, sold off at fire sale prices, to benefit this tiny handful the super-rich. Now it’s no longer just in London and New York, but also includes wealthy individuals from around the world—from Japan, from Germany, from China, from Russia, etc.​..

​  ​Corporate trail apparent in all four assassinations of US presidents — security official
Nikolay Patrushev believes that an increasingly large number of Americans say that the Republicans and the Democrats are merely "two actors in one staging that has nothing to do with democracy"    https://tass.com/politics/1560277

​  ​The Neocons know that a defeat for the US in this conflict would be the end of the US dollar, hegemony and economy. At the same time, Russia is determined not to lose the war, whatever it takes. This is the kind of background that has a high risk of ending badly.     https://goldswitzerland.com/ominous-military-financial-nuclear-threats-could-erupt-in-2023/

​  The US probably got as much nuclear death  as Japan did, but slowly, and hidden, and denied. It was not just the testing in Nevada, but uranium mining got in the soil and water, and was not a "concern"​ until much later. It's still there, especially on Indian Reservations.
https://www.globalresearch.ca/the-cold-war-legacy-lurking-in-u-s-groundwater/5804267
​16 national graphs of COVID deaths by month show huge rises after "vaccination" in those countries, like this in Israel.   (Thanks Red.)
Why? Delta was no worse, and then came Omicron.​ 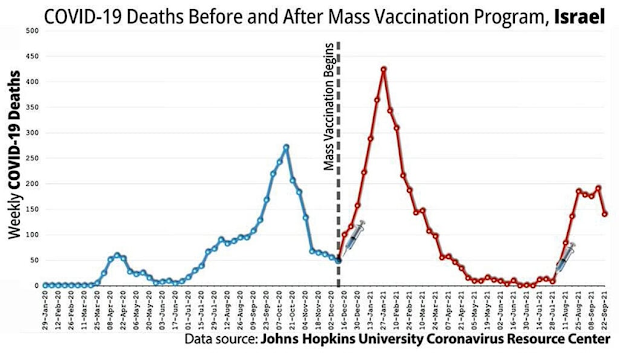 https://www.globalresearch.ca/seeing-believing-what-data-reveal-about-deaths-following-covid-vaccine-rollouts-around-world/5804242
​  CJ Hopkins makes the case that the Twitter-files releases are a form of damage-control and narrative reset, called "limited hangout", where less damaging information is publicized as if it is the whole story, the public is satisfied and walks away after awhile.​
The Mother of All Limited Hangouts
https://cjhopkins.substack.com/p/the-mother-of-all-limited-hangouts
​  I'm sure they will get to the bottom of the corruption and root it all out this time. After all, we "deserve" to believe that has been done...​

​  ​Rep. Tom Cole (R-Okla.), who chairs the House Rules Committee, said the new panel is modeled on the Church Committee, a U.S. Senate select committee in 1975 that investigated U.S. intelligence agencies. That committee “uncovered and exposed a wide variety of abuses, including many [abuses] directed against American citizens,” Cole told fellow lawmakers on the House floor on Tuesday.
​  ​“Similar to the situation that confronted America in the 1970s, in recent years we have witnessed abuses of the civil liberties of American citizens committed by the executive branch,” Cole said, adding that such violations are “often for political purposes.”
​  ​He said the newly-created panel “will be tasked with studying and reporting on the executive branch’s authority to collect information on or otherwise investigate citizens of the United States.”
​  ​“The American people deserve to have confidence in their government,” Cole said. “They deserve to know that the broad powers granted to the federal government through the FBI, to the Department of Homeland Security, and to the intelligence agencies, are not being abused.”    https://www.zerohedge.com/political/house-creates-panel-weaponization-federal-government

​  Thanks Ugo. Science has become "science", an advertising pitch for business, which is seen in "scientific" research, which is funded to produce a desired result, which leads to some profitable product or process. ​This was a part of the system when I did research in college and med school, for NASA, which really wanted facts. Other labs did well with private corpot=rate funding, and always did well... They got the results they expected.

​  ​The tragedy in oncology is that we have dismantled the system that is meant to tell real innovation from pseudo-innovation. Almost no one understands the problem, even few care about fixing it, and instead most hope to fatten themselves of the riches, while the opportunity exists. Meanwhile, we have entirely lost sight of the goal— the purpose of our task. We have forgotten that this is about helping people sick and dying of cancer live long and live better. That goal is lost.    https://theproudholobionts.blogspot.com/2023/01/the-tragedy-of-science-we-cannot-fault.html

​  Oh, this blood-thinner, Xarelto, to prevent strokes looks like it kills more people than it saves, but they covered-up some deaths in the treatment group and it looked great in the studies as a result.​ A whole lot of it has been, and is being, used in the world since then.
​  ​'​S​erious and numerous data deficiencies' in results from eight of the 16 hospitals involved in the rivaroxaban trial.
​  ​According to The British Medical Journal, it also said stated that two of the 16 hospitals failed to report serious side effects and four of the patients taking rivaroxaban in the trial died, which the researchers failed to explain.
​  ​Dr Wilmshurst says: 'It is shocking that a death can be allowed to go unexplained when a patient dies during a three-week trial.'
https://www.dailymail.co.uk/health/article-11609501/Anti-stroke-drug-taken-millions-unreliable-fatal-effects-ignored.html
​Non-Participant​
Posted by John Day at 2:49 PM