​  ​Guy Debord’s Warning of “The Role of the Expert”: A Philosophical Perspective on the Rise of Fact-Checking​   (This essay is profound.)
​  ​When it comes to “fact-checks” and “experts”, Debord is clear: in a society subjugated by the economy, where “everything that was once directly lived has faded into representation,” such professionals do not exist to provide us the truth — they exist to serve the state and media through lies and distortions spun into what appears as true. If the “experts” lose influence, it will be because the public has learned and can articulate that their job is to systematically lie.
https://propagandainfocus.com/guy-debords-warning-of-the-role-of-the-expert-a-philosophical-perspective-on-the-rise-of-fact-checking/
​  Art Berman, an "oil man's oil man" kind of "expert":
​  The good news is that U.S. oil production has recovered to pre-pandemic levels. The bad news is that only 60% of it is really oil.
U.S. oil production exceeded the 2020 pre-pandemic peak of 20.3 mmb/d in October and November of 2022 (Figure 1). Unfortunately, less than 60% of U.S. “oil” production is really oil. The rest is non-petroleum and comes from natural gas, corn & refinery gain. 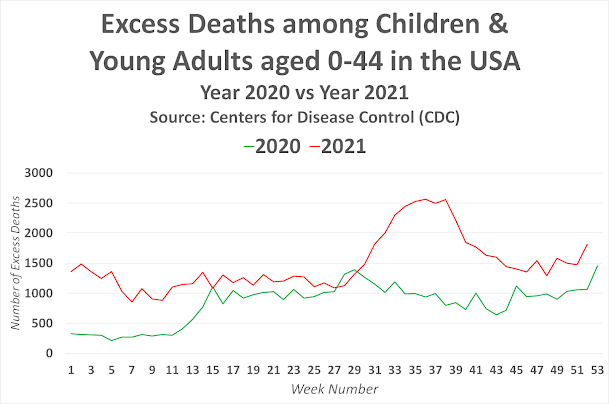 https://expose-news.com/2023/01/17/fauci-lied-hundreds-thousands-children-died/
One of the written-up complaints against me at the clinic, before I was fired for COVID non-vaccination, was that I was interfering with obstetrical-care by advising all pregnant women and women of childbearing potential against COVID "vaccination".

Peter A. McCullough, MD, MPH  Early in 2021 the American College of Obstetrics and Gynecology accepted an undisclosed amount of money from the US government (HHS WH) as part of the COVID-19 Community Corps Program. From that point forward, ACOG broke with traditional practice on experimental and and novel therapies being contraindicated, and with federal dollars in hand, moved to a wholesale endorsement of COVID-19 vaccination with no assurances on short or long-term safety.   Throughout the campaign, enthusiasm for vaccination was tepid among gravid women with <20% at any time having accepted a vaccine. However, the sharpest decline in rates of uptake occurred in the gravid and by summer of 2022, fewer than 2% were getting vaccinated...
..In 2021, McCullough and Stricker published that because of the known dangerous mechanism of action of COVID-19 vaccination and the lack of any assurances on maternal-fetal safety, that all of the products are considered pregnancy category X which means they should not be used.This message got out to the community and rates of vaccination have progressively winnowed. As we sit here today, we should understand that ACOG and the OB/GYN community is compromised and thereby putting the maternal-fetal health of women at risk by promoting COVID-19 vaccination. Under no circumstances should a woman of childbearing potential or gravid should receive a COVID-19 vaccine. It is absolutely contraindicated.   https://petermcculloughmd.substack.com/p/pregnant-women-reject-covid-19-vaccination

Steve Kirsch has this:
In the October 2022 version of the FAA Guide for Aviation Medical Examiners, the FAA quietly widened the EKG parameters beyond the normal range (from a PR max of .2 to unlimited). And they didn’t widen the range by a little. They widened it by a lot. It was done after the vaccine rollout.
This is extraordinary. They did it hoping nobody would notice. It worked for a while. Nobody caught it.
But you can’t hide these things for long.
This is a tacit admission from the US government that the COVID vaccine has damaged the hearts of our pilots. Not just a few pilots. A lot of pilots and a lot of damage.
The cardiac harm of course is not limited to pilots.
https://stevekirsch.substack.com/p/the-faa-has-very-quietly-tacitly
​  ​Will ​Cardiologist ​Aseem Malhotra’s Appearance Be the BBC’s Most Viewed Programme of 2023?​
​Well, courtesy of Elon Musk’s takeover of Twitter, Dr. Aseem Malhotra may just have provided 2023’s biggest TV moment. As I write this, the seven minute clip of him being interviewed on a BBC news show on January 14th passed 14.8 million views. Now, wouldn’t you think that merited some form of acknowledgement from the BBC? If you were the BBC’s Head of Programmes wouldn’t you think: “Wow, we’ve had 14.8 million views, there’s a programme in this?”
BREAKING BBC News: Cardiologist says likely contributory factor to excess cardiovascular deaths is covid mRNA vaccine and roll out should be suspended pending an inquiry.
We did it. We broke mainstream broadcast media
https://dailysceptic.org/2023/01/15/will-aseem-malhotras-appearance-be-the-bbcs-most-viewed-programme-of-2023/
​  Meryl Nass MD,  ​BIG NEWS: CDC, FDA Flag Early Signal of Stroke Risk With Bivalent COVID Vaccine
IT CAME OUT ON FRIDAY NIGHT OF A 3 DAY WEEKEND which is proof they wanted to bury it
https://merylnass.substack.com/p/big-news-cdc-fda-flag-early-signal
Steve Kirsch has more on that:
Proof: Strokes are caused by the COVID vaccines
​They​ knew this at the very start of the vaccination campaign if they were paying attention to the adverse event reports. I'll show you how they knew.
..This means that the observed rate of stroke is 10X normal after the shot...
​..​The VAERS data makes it OBVIOUS
Here’s a simple search that took me all of 30 seconds to do. I searched ALL vaccines for ischaemic stroke and look what I found. A signal. A big signal! It jumps off the page. You can’t miss it if you are looking!
Mechanism of action
The PEG enables the LNP to cross the blood brain barrier. There, the vaccine causes both clotting and inflammation. This is well know.
The safety signal in VAERS and VSD: The final nail in the coffin
And finally, we have official CDC safety signals that were triggered in both VAERS and VSD.
That’s the final nail in the coffin 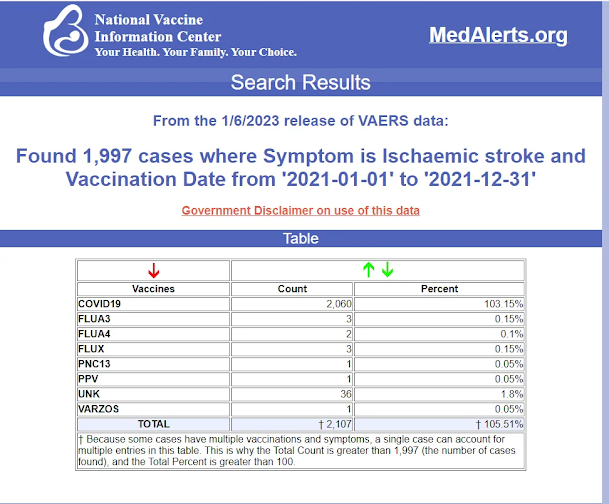 https://stevekirsch.substack.com/p/proof-strokes-are-caused-by-the-covid
​  Tucker Carlson tells a simple and compelling story about President Richard Nixon, and those 4 out of 5 Watergate burglars who were on the CIA payroll when they did the burglary, including how America got the only president ever who was completely unelected, Gerald Ford., who had been on the Warren Commission.
Tucker Carlson claims Richard Nixon “was removed for questioning the deep state”
https://www.mediamatters.org/tucker-carlson/tucker-carlson-claims-richard-nixon-was-removed-questioning-deep-state
​Relearning History (pictured with plants that survived under glass bowls)​ 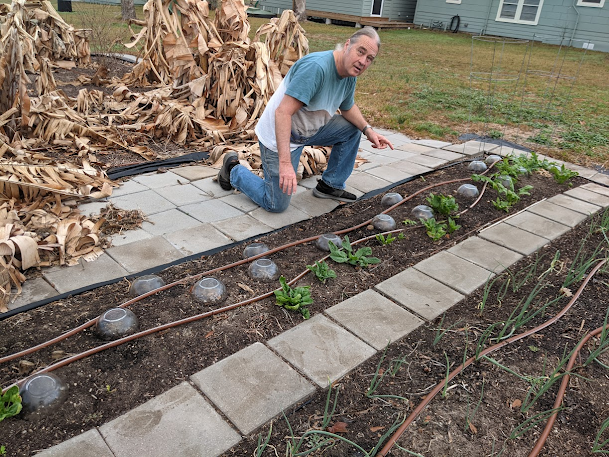