We are losing our habitat, the face of our planet, not all of it at once, but the pace of loss is speeding up, and our compensation wells of water, ice, and oil are running dry.
Real estate in Phoenix is still hot, and Las Vegas picked up from a few years ago. Nobody can live in these places without massive industrial life support and fleets of refrigerated trucks and trains, and those nice cars and airplanes.
It will be somebody-else's-problem, until it is suddenly my problem, and your problem.
Then it will be everybody's problem. Will anybody save everybody from everybody's problem?
How does it look for Syrians, Libyans, Iraqis, Iranians and Greeks? Have you talked to your friends from those places about how things are?
Another thing that is accelerating is the propaganda war by our rulers, through the NSA, CIA, electronic media of all stripes, and yes, even Google.
Our elites are getting desperate to maintain absolute control in their centers of power, and they need us to believe, until they can clinch a few more critical deals.
I am working daily to shave the edges of all of the ways I am completely dependent upon this massive fossil-fueled life support machine. It just keeps showing me how short a time I can hold my breath.
We are very, very fragile in this "Spaceship Earth".

Ron Paul MD writes...
"The Orlando shooter successfully passed several background checks and was a licensed security guard. But, just like those who used Orlando to defend unconstitutional surveillance, authoritarian supporters of gun control are not allowing facts to stand in the way of using the Orlando shooting to advance their agenda. Second Amendment opponents are using Orlando to give the federal government new powers to violate individuals’ rights without due process. One pro-gun control senator actually said that “due process is what’s killing us.”
Ironically, if not surprisingly, one of those calling for new gun control laws is Hillary Clinton. When she was sectary of state, Clinton supported interventions in the Middle East that resulted in ISIS obtaining firearms paid for by US taxpayers!"
http://ronpaulinstitute.org/archives/featured-articles/2016/june/20/orlando-the-new-911/

"The War on Terror is, in fact, the American War against the World." Thanks Eleni
http://nsnbc.me/2016/06/18/terrorism-a-matrix-of-lies-and-deceit/

"A prominent Turkish journalist revealed dreadful facts about the Syrian refugee camps in his country that include raping children and selling the refugees’ body organs and women."  Also from Eleni, in Greece, where Greeks now have their prying eyes and helping hands excluded from the NGO-run refugee camps.
http://www.veteranstoday.com/2016/06/18/rape-and-organ-theft-turkish-journalist-exposes-life-in-the-camps/

"Three children, four women and one man were killed on Saturday night, according to the Syrian Observatory for Human Rights. It said a total of 60 Syrian refugees had been shot at the border since the start of the year... Turkey does not make it easy for refugees on its territory. In legal terms, it treats them as temporary guests rather than as refugees with rights under the terms of the 1951 UN refugee convention... “EU officials should recognise that their red light for refugees to enter the EU gives Turkey a green light to close its border, exacting a heavy price on war-ravaged asylum seekers with nowhere else to go.” Human Rights Watch
https://www.theguardian.com/world/2016/jun/19/turkish-border-guards-kill-eight-syrian-refugees-reports

Also from Eleni:  " Bernie Sanders, the other candidate for the Democratic nomination, was counting on Mrs. Clinton’s arrest before their party’s convention. He therefore decided to stay in the running, although he does not have enough delegates. But he was summoned to the White House, and informed that President Barack Obama would prevent his administration from applying the law. Obama then followed through by publicly announcing his support for the candidacy of Mrs. Clinton."
http://www.voltairenet.org/article192318.html

Ilargi at The Automatic Earth says what is not being said by politicians and financiers.
The Brexit vote is a vote for or against the EU. Lovely things were promised. Austerity and destruction of representative government are being delivered. Are you voting for progressively more of that treatment? Things will keep getting worse, no matter what. Whichever side loses will claim they were right. There is no way to sustain economic growth, so the whole massive global capitalist structure cannot survive. (What follows?) Things will restructure to smaller units, more local, more "efficient" (more hard work for the survivors).
http://www.theautomaticearth.com/2016/06/murder-lifeboats-an-iceberg-and-an-orchestra/#post-28857

Back in the USSA: "Beginning with the contracting stage, the evidence suggests toll operating public private partnerships are transportation shell companies for international financiers and contractors who blueprint future bankruptcies. Because Uncle Sam generally guarantees the bonds – by far the largest chunk of “private” money – if and when the private toll road or tunnel partner goes bankrupt, taxpayers are forced to pay off the bonds while absorbing all loans the state and federal governments gave the private shell company and any accumulated depreciation. Yet the shell company’s parent firms get to keep years of actual toll income, on top of millions in design-build cost overruns…"
http://www.nakedcapitalism.com/2016/06/north-carolina-threatens-to-cancel-toll-road-project-showing-political-risk-of-infrastructure-deals.html 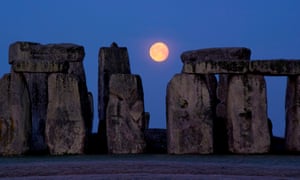