It's that day again, 9/11.
18 years ago the global deep state, comprised of US and Israeli deep state elements, and high finance, complicit US military,  and shadow-president Dick Cheney at the command console, murdered 3000 people, and demolished the World Trade Center. The WTC contained massive evidence of financial fraud and criminal conspiracy (and a lot of gold in the basement). They also destroyed the area of the Pentagon where financial fraud investigation was taking place.
"Ragheads with box-cutters did it", was the official story, despite the laws of physics having been as violated as a 13 year old virgin visiting Epstein's island.
No plane parts were found at the Pentagon, or Shanksville "crash sites".
The Pentagon had a through-and-through hole, like cruise missiles with penetration warheads make, and so on.
Paul Craig Roberts has this:
​ ​Patrick Pasin, a French author, provides additional evidence of Mueller’s misuse of his office to protect an official lie. An English language translation of Pasin’s book, The FBI Accomplice of 9/11, has been published by Talma Studios in Dublin, Ireland.  https://www.amazon.com/FBI-Accomplice-11-Documents-ebook/dp/B07TRXKNG2/ref=sr_1_1?keywords=Patrick+Pasin&qid=1567967650&s=books&sr=1-1
​ ​Pasin’s book consists of his organization of the known evidence, which has been suppressed in order to perpetrate a false story of 9/11, into a compelling account of how a false flag attack was protected from exposure.  He details the plan “through which the FBI tried to prove the government conspiracy narrative—no matter the cost.”  Keep in mind that Mueller is the one that the Deep State set on President Trump.  Dirty business is Mueller’s business.
​ ​Pasin collects the evidence and weaves it into a compelling story.  It is all there.  The insider trading in advance of the airliner hijackings, the impossibility of cell phone calls from airliners in 2001, the anthrax letters sent to senators Tom Daschle and Patrick Leahy which paved the way for the PATRIOT Act, the effort to blame American military scientists for the letters once it emerged that the anthrax was unique to a US military lab, the total implausibility of finding an undamaged passport in the rubble of the twin towers where fires allegedly were so hot that they melted steel.

Tom Luongo on John Bolton's dismissal (one day before 9/11):
​ ​Bolton was the height of the neoconservative ethos; an academic with no real world experience, daddy issues and a knack for getting close to the most influential people in the world to warp policy to their Trotskyite goals of permanent revolution.
​ ​Now, thankfully, he’s out of a job. Next up has to be Haspel at the CIA as well as Mike Pompeo. These people are a stain on the U.S. They diminish not only Trump, who doesn’t apparently need any help in this regard, but all of us as Americans.
​ ​It’s clear Trump made this move for re-election purposes. Bolton was a liability. If more heads don’t roll after three years of foreign policy blunders of epic proportions Trump’s second term will look just like his first, a shambolic mess long on bravado and short on consistency.
https://tomluongo.me/2019/09/10/trump-thumping-bolton-is-a-good-start/

​Who will replace Bolton as National Security Adviser?​
​ ​At least seven people are believed to be in the mix. They include, according to multiple sources: the U.S. ambassador to Germany, Ric Grenell; U.S. Special Representative for Iran Brian Hook; Special Representative for North Korea Stephen Biegun; the ambassador to the Netherlands Pete Hoekstra; and Rob Blair, an aide to White House Chief of Staff Mick Mulvaney. A source close to the discussions said multiple senators called the White House on Grenell’s behalf on Tuesday.
​ ​Appearing on Fox News' "Special Report" on Tuesday, South Carolina GOP Sen. Lindsey Graham said Hook, Retired Army Lt. Gen. Keith Kellogg and former deputy national security adviser Rick Waddell are under consideration.
"Those are three names that the president mentioned to me," Graham said. "There are others on the list."
https://www.foxnews.com/politics/fevered-speculation-over-john-boltons-replacement-as-national-security-adviser

​Bibi promises "Greater-er Israel" Vote Bibi:
​ During an address on 10 September, Israeli Prime Minister Benjamin Netanyahu vowed to annex the Jordan Valley and northern Dead Sea, if he is re-elected in the upcoming general election on 17 September, calling it the country's "defence wall".
The prime minister further stated that more West Bank settlements will follow suit after the US President Donald Trump administration publishes its "deal of the century" peace plan in full.
https://sputniknews.com/middleeast/201909101076769664-israeli-pm-netanyahu-announces-intention-to-annex-jordan-valley-in-west-bank-after-election/ 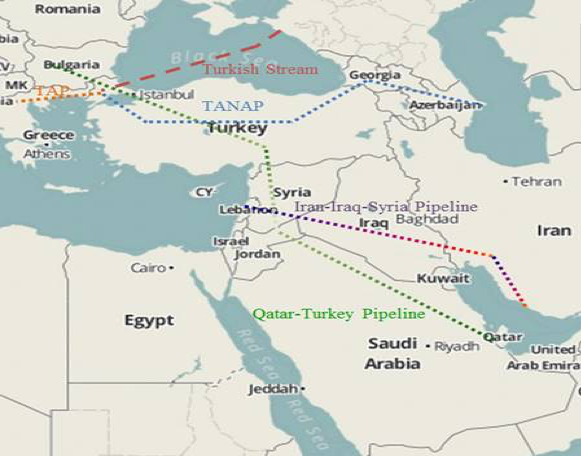 T​he weapons superhighway into Northern Syria goes to where either the Saudi or the Iranian pipeline is supposed to pass. Funny...
Speaking at the Justice and Development Party's meeting in Eskişehir, a city in northwestern Turkey, Erdogan said he wouldn't sit back in the shadows anymore about a superhighway of weapons supplied by the US, amounting to more than 30,000 truckloads of weapons, equipment, and ammunition to northern Syria to support YPG terrorists.
​https://www.zerohedge.com/geopolitical/erdogan-breaks-silence-says-us-sent-30000-truckloads-weapons-syria

​Idlib?  Hey Eleni, isn't that where ISIS and assorted mercenaries are bottled up, needing to get out or get killed by the Syrian army?
​ Turkish President Recep Tayyip Erdogan reiterated on Saturday his threat to open the border to Europe for Syrian refugees, noting that Ankara alone cannot afford another potential migration flow from Syria.
There is a “new migration threat” from the Syrian province of Idlib along the Turkish border, Erdogan said, urging the European Union to provide adequate financial assistance.
“Either you will share this burden or we will open the border,” the Turkish president warned, reiterating that the EU has not yet fully fulfilled its promise of financial assistance under the 2016 Ankara-Brussels agreement.
https://www.keeptalkinggreece.com/2019/09/08/erdogan-eu-refugees-open-borders/?utm_source=feedburner&utm_medium=email&utm_campaign=Feed%3A+KeepTalkingGreece+%28Keep+Talking+Greece%29

Pepe Escobar has insights from Lula, about Obama, Hillary Clinton, the Iranian nuclear deal, and western politicians in general.
“It was fantastic, Obama’s capacity to deliver beautiful speeches, but the next day nothing happened, nothing, nothing. I think the United States was too big for Obama, he was too young, too inexperienced. And you know that the US State Department is very powerful…. I think Obama was a good man. When I went to visit him the first time … I left with a lingering doubt: there was no one remotely similar to him in the meeting. I said to myself, ‘This guy has no one matching him here.’
http://thesaker.is/inside-story-of-the-first-iran-nuclear-deal/