Autonomous Bodies,
There were medical freedom rallies across the world yesterday, including the one in Washington DC. You may not have heard...
Steve Kirsch, who has put a lot of his own money into making medical facts available had a few comments:
Hi, I'm Steve,
​  ​I am not a doctor. I’m worse. I’m an engineer with two degrees from MIT.
I look at data. I make decisions based on what the data says, not on what people tell me to think.
​  ​After 3 relatives of a friend of mine died right after being vaccinated, I started looking at the data from the clinical trials, from studies, from the government, and from doctors.​ ​
​  ​What the data said was troubling. Very troubling.
First of all, this entire pandemic was completely avoidable.
​  ​We had an early treatment protocol in March of 2020 developed by George Fareed and Brian Tyson. Nobody dies on their protocol if they get treated early. Zero. And only a few people got hospitalized. Yet today, the NIH is saying nothing about this protocol.
​  ​That is ridiculous. If they are going to mandate anything, they should mandate you get this protocol if you get COVID. But they don’t. Instead, doctors can have their licenses revoked if they prescribe early treatment drugs like ivermectin and Fluvoxamine.
​  ​We don’t need masks, we don’t need vaccines, we don’t need mandates, and we don’t need lockdowns. We never did.
What we need to do is to start listening to the doctors who have treated thousands of COVID cases with no deaths. Is that too much to ask?
​  ​But the NIH refused to listen to these doctors.  And instead, they focused on the creation of a vaccine which the evidence shows is making things worse. Much worse. COVID cases are at an all time high.
​  ​We are being mandated to take a vaccine for a societal benefit without ever being shown the risk-benefit analysis.
There is a reason for that. The benefit is negative. According to over 12 studies, the vaccines are killing at least 15 people for every life that the vaccines were projected to save. And we are permanently disabling even more. For kids, I’ve seen a risk benefit analysis showing we kill over 100 kids to save 1 kid from COVID.
https://stevekirsch.substack.com/p/my-speech-at-defeat-the-mandates
​I'm not a "top doctor", not even employed, but I agree with these guys and gals.
"Do Not Comply" - Top Doctors Speak At 'Defeat The Mandates' Rally In DC
https://www.zerohedge.com/political/disinformation-extremism-and-violence-all-eyes-dc-defeat-mandates-rally-organizers
​Meryl Nass MD, an expert in bioweapons and Anthrax vaccine toxicity, Gulf War Syndrome and Lyme Disease​, has been treating her patients in Maine for COVID from early 2020, and now has her license suspended for "misinformation" about COVID-vaccines and treatments. Everything she has said and done is backed by scientific evidence, so "misinformation"? She has been ordered to undergo Neuropsychiatric Testing ("Back in the USSR!") at a facility designated by the Maine Medical Board, and to turn over all of her office records ("fishing expedition"). There has been no patient complaint, but she's long been a "troublemaker".
Crucifixion is no longer the prescribed punishment for "troublemakers", but this does have similarities.
https://www.globalresearch.ca/dr-meryl-nass-my-side-of-the-story-and-the-constitutional-protections-that-i-believe-are-being-abridged-by-the-misinformation-witch-hunt/5767467
I posted an interview with Dr. Nass, done by Tessa (fights robots) Lena last time.
Here is Dr. Nass talking to Robert Kennedy Jr. She seems quite cogent and in command of facts and reason, to me... See what you think.
https://anchor.fm/rfkjr/episodes/War-Against-Doctors-with-Conscience-with-Dr-Meryl-Nass-e1d6fog
Caitlin Johnstone argues that algorithmic censorhip, the slow, invisible fade-to-black, is worse than traditional censorship.
It's a good argument, but it's just new-normal-censorship. It's what's-not-for-dinner these days.
This began in the 2016 primaries for me. My news-email sends just got blocked as I pointed out the DNC vote stealing done for Clinton, against Sanders. That's why I added the blog format edition.
​  ​Journalist Jonathan Cook has a new blog post out on his experience with being throttled into invisibility by Silicon Valley algorithmic suppression that will ring all too familiar for any online content creators who’ve been sufficiently critical of official western narratives over the last few years.
​  ​“My blog posts once attracted tens of thousands of shares,” Cook writes. “Then, as the algorithms tightened, it became thousands. Now, as they throttle me further, shares can often be counted in the hundreds. ‘Going viral’ is a distant memory.”
​  ​“I won’t be banned,” he adds. “I will fade incrementally, like a small star in the night sky – one among millions – gradually eclipsed as its neighbouring suns grow ever bigger and brighter. I will disappear from view so slowly you won’t even notice.”
​  ​Cook says this began after the 2016 US election, which was when a major narrative push began for Silicon Valley corporations to eliminate “fake news” from their platforms and soon saw tech executives brought before the US Senate and told that they must “quell information rebellions” and come up with a mission statement expressing their commitment to “prevent the fomenting of discord” online.
https://caitlinjohnstone.com/2022/01/24/censorship-by-algorithm-does-far-more-damage-than-conventional-censorship/
​John Helmer does a word-salad analysis of Secretary of State Blinken's remarks about Russia and diplomacy at the recent meeting with Russian Foreign Secretary, Lavrov. This is the kind of analysis pioneered in WW-2, to discern the base assumptions underlying Nazi propaganda. (See the detailed analysis, please.)
​  ​When the RAND method is used to analyze what Blinken told the  US press, following his meeting with Russian foreign minister Sergei Lavrov, it is revealed that Blinken has no intention whatever of negotiating a non-aggression pact with the Russians on any terms. According to the scientific method devised by the best and brightest Americans for dealing with their enemies, it’s now clear from Blinken’s own words that he is unable to understand what Russians tell him. In the mind behind the words there is only one compulsive idea – attack, punish, destroy Russia.
​http://johnhelmer.net/content-analysis-of-secretary-blinken-at-geneva-reveals-psychopatholical-incapacity-to-negotiate-with-russia/
Unemployed Doctor 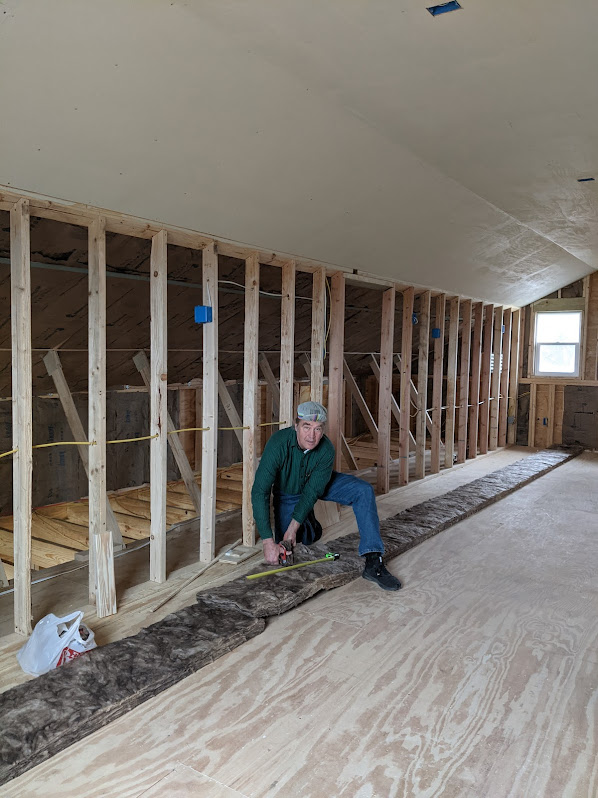