Fellow Travelers,
Joe Rogan, Elon Musk react to Canadian trucker convoy
​  ​Tesla and SpaceX founder Elon Musk and podcaster Joe Rogan have spoken about the Canadian truckers driving across the country to protest the government’s Covid-19 mandates, after Prime Minister Justin Trudeau denounced them as a “fringe minority” with “unacceptable views.”
​  ​The ‘Freedom Convoy’ that set out from British Columbia and is expected to reach the Canadian capital of Ottawa sometime this weekend was ignored by the major media outlets at first. As it approached Ontario, however, the convoy became a political football.
​  ​Trudeau denounced the truckers and said they “do not represent the views of Canadians” in a televised speech on Wednesday. On Thursday morning, he announced he had been “exposed” to Covid-19 and would quarantine for five days – thereby missing the convoy’s arrival in Ottawa – even though he has already had the virus and been vaccinated and boosted.
​  ​Jagmeet Singh, whose New Democrats are propping up Trudeau’s minority government, also condemned the truckers and accused them of spreading “false information” via “inflammatory, divisive and hateful comments.” He also criticized his brother-in-law for donating to the protest. Canadian media reported that Jodhveer Singh Dhaliwal had asked for his donation back after being told of “the true nature” of the convoy.​..
​  Benjamin Dichter, one of the organizers of the ‘Freedom Convoy’ and the group’s official spokesman, said they are peaceful and law-abiding. He told the Toronto Sun that the convoy is a protest over Trudeau’s government forcing drivers to wear masks even when alone inside their trucks, a vaccine mandate, and a requirement to get the jab before crossing the US-Canada border.
https://www.rt.com/news/547576-musk-rogan-canada-trucker-convoy/
"What a long, strange trip it's been" ​Truckin', Grateful Dead:  ​https://www.youtube.com/watch?v=pafY6sZt0FE
​  ​The 11,000-truck, 93-mile long convoy is traveling from the country’s westernmost province, British Columbia, toward Ottawa, the country’s capital, where they will hold a demonstration on Jan. 29. The truckers said they will not leave until the mandates are lifted...
As of Jan. 15, the Canadian government required all truck drivers entering Canada from the U.S., regardless of citizenship, to be fully vaccinated against COVID. Any driver who cannot show proof of vaccination will be denied entry and placed in quarantine for two weeks.
​  ​The U.S. government implemented the same policy last week on the American side of the border.
“We’re going to end mandates,” convoy co-organizer Chris Barber said.
“It’s not about anti-vaccination — that’s everybody’s personal choice — this is about the mandates,” said Barber.
He added:
​  ​“The straw that broke the camel’s back was the U.S.A. border for commercial drivers, and you have to show the COVID passport — a lot of guys are going to lose their jobs over that.”
​  ​Barber, a truck driver of 28 years, said he himself is vaccinated, but he wants to support fellow drivers who are not.
“This (COVID-19 vaccination) passport has gone too far,” said Barber. “If we can’t get across the border freely, and we’re being forced to [be vaccinated] by the federal government, we can take a stand or we can’t.”
https://childrenshealthdefense.org/defender/mile-long-freedom-convoy-protest-canada-vaccine-mandate/?
​  ​Freedom Convoy 2022, the group that organized the Canadian trucker protest, reported initially having 1,600 trucks. The convoy, which now has nearly 50,000 trucks, will be in Ottowa by Saturday with the goal of getting "the government of Canada to repeal its cross border Covid tracking passport / phone app and ALL Covid-19 vaccine mandates,​ ...​
​  ​The Canadian convoy has reportedly been joined by some American truckers and in Ontario, farmers came in tractors to show support.
https://justthenews.com/politics-policy/transportation/truckers-inspired-canada-begin-freedom-convoys-around-world
Florida trucker in Canada convoy: ‘We’re here to join a movement’
​...​“There is a whole lot of overreach of the government, certainly in the U.S. and Canada and around the world,” said Mahadeo, who was born in Guyana. “Governments are using this as an opportunity to gain more leverage against the people.”
https://www.freightwaves.com/news/florida-trucker-in-canada-convoy-were-here-to-join-a-movement?

Update (Friday 0711ET): Organizers of the "Freedom Convoy" have "received confirmation that GoFundMe has released our first batch of funds" following reports Thursday, the crowdfunding platform blocked access to the money. 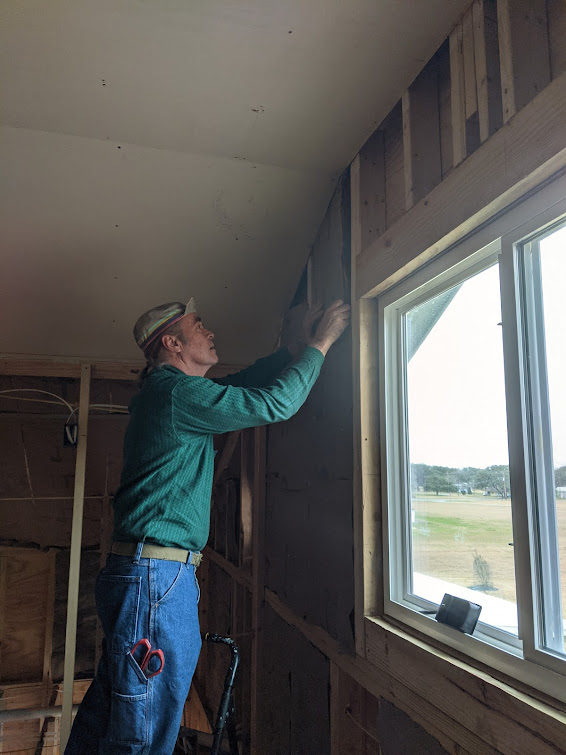