Taking Stock,
We had a garden-party at the homestead Saturday, September 24, 2022, and I didn't look at the internet until bedtime, but no world-changing-event-like-9/11 happened.
Xi Jinping went underground. There's no evidence of a coup d'etat.
​  ​The Chinese rumor mill has gotten out of control over the last 48 hours. For those who have not heard the rumors, Xi has been supposedly removed in a coup ahead of October's Party Congress.
By Sept. 24, Xi Jinping had become one of the top trending topics on Twitter. His name appeared on hashtags more than 42,000 times and the term “China coup” circulated 9,300 rounds on the platform, according to The Epoch Times.
https://www.zerohedge.com/geopolitical/about-those-rumors-chinese-coup
Russian Foreign Minister, Sergey Lavrov made some statements at the UN. Here is a brief excerpt. He also gave a press conference, but I think he avoided saying more than this.
"Colleagues,
As I understand it, today’s meeting was motivated by a striving to discuss the issue of “impunity” in Ukraine. I consider this to be timely. This term fully reflects what has been taking place in that country since 2014. At that time, nationalist radical forces, overt Russophobes and neo-Nazis came to power there because of an armed coup, with direct support from the Western countries. Immediately after this, they embarked on a path of lawlessness and complete neglect for basic human rights and freedoms – the right to life, freedom of speech, access to information, freedom of expression, freedom of conscience and the use of a native tongue.
The crimes committed in Maidan Square in February 2014 have gone unpunished to this day. Those guilty of the monstrous tragedy in Odessa on May 2, 2014 have not been found and punished. During this tragedy, about 50 people were burned alive and killed in the local House of Trade Unions. The political assassinations of Oles Buzina, Pavel Sheremet and other public figures and journalists are in the same category. Despite this, attempts are being made to impose on us a completely different narrative about Russian aggression as the prime cause for these problems.  In the process, people ignore the fact that for over eight years the Ukrainian army and militants from nationalist groups have been killing Donbass residents with impunity only because they refused to recognise the outcome of the criminal, bloody, anti-constitutional coup in Kiev and decided to uphold their rights as guaranteed by Ukraine’s constitution, including the right to freely use their native Russian tongue."
http://thesaker.is/foreign-minister-sergey-lavrovs-remarks-at-a-meeting-of-the-un-security-council-on-ukraine-new-york/
​ ​The referenda on joining Russia are continuing in the Donbass republics and Russian-controlled regions of southern Ukraine. On Sunday, the turnout already reached the required 50% threshold in the Donetsk and Lugansk republics and Zaporozhye Region, with only Kherson lagging behind.
​  ​In the Lugansk People’s Republic (LPR), more than 76% of eligible voters have already cast their votes, according to official figures. The referendum in the Donetsk People’s Republic (DPR) is proceeding at a similar pace, with some 77% of voters having shown up at the polling stations.
​  ​Kherson and Zaporozhye Regions, which were largely seized by Russian forces amid the ongoing conflict, have demonstrated a lower turnout. Still, the latter region has already met the required legal threshold, with some 51.55% of registered voters already casting their ballots, according to the head of the Zaporozhye electoral committee, Galina Katyshenko. Kherson has so far demonstrated lower turnout, with nearly 49% of voters showing up for the referendum. Polls across the two regions and in the Donbass republics are set to stay open for the next two days.
https://www.rt.com/russia/563509-donbass-referendums-turnout-figures/
​  ​"Taking into account the preliminary results of the referendums and Russia’s readiness to acknowledge them, the accession of the territories is likely to take place as early as on September 30," the unnamed member of Russia’s State Duma said to TASS.
https://www.zerohedge.com/geopolitical/kremlin-indicates-ukrainian-territories-be-absorbed-russia-weeks-end
Ukrainian “Hit List” Publishes Names and Addresses of Alleged “Russian Propagandists:” Turns Out to be Based Not in Ukraine But in Langley VA Where CIA Headquarters Is Located
https://www.globalresearch.ca/ukrainian-hit-list-publishes-names-addresses-alleged-russian-propagandists-turns-out-based-not-ukraine-but-langley-va-where-cia-headquarters/5794260
US military using tool that captures '93% of the internet' – senator
Ron Wyden has demanded a probe into the warrantless use of data from a near-omniscient company

​  ​Wyden’s own investigation of the whistleblower’s claim appeared to reveal that US Cyber Command, the Army, FBI, and Secret Service had also purchased the company’s data sets. An investigation by Motherboard found they paid a total of $3.5 million to use Team Cymru’s tool Augury, which allegedly can access 93% of internet traffic. It uses a technology called packet capture data (PCAP), which one cybersecurity technology professional referred to as “everything... there’s nothing else to capture except the smell of electricity.”
​  ​A spokesman from the Navy Office of Information told Motherboard that “The use of net flow data by NCIS does not require a warrant,” claiming the agency had not used netflow for criminal investigation purposes – only for “various counterintelligence purposes.” The other agencies which reportedly purchased Augury did not respond.
https://www.rt.com/news/563433-augury-military-internet-tracking-wyden/

Israel and Lebanon, officially at war since 1948, approach final agreement on offshore gas deposits off their shared coastal waters in the Mediterranean Sea.                                https://www.globalresearch.ca/lebanese-israeli-off-shore-agreement-may-end-lebanese-financial-crisis/5794516

Trudge of the "light" brigade... Massed Syrian refugees are marched towards Germany by Turkey, and are approaching the Greek border.  The “convoy of light”, consisting of 40,000 Syrian refugees who were in Turkey, began its march towards Germany.​  ​The news of this evening and probably in the coming weeks in Germany will be tracking the route of the Convoy, which Turkey promised to release to Europe. The number of convoys of light may already be about a dozen this autumn. The main question is whether the Greek authorities will interfere with the passage of the “Convoy of Light”, to the borders of which the refugees will approach by the end of next week.​   ​https://en.rua.gr/2022/09/12/goes-to-the-borders-of-greece-convoy-of-light/

No Ships off the California coast means recession.  The images of the west coast ports packed with ships and pictures of them stacked up just offshore have vanished from the evening news. So, where have they gone, and does this mean the supply chain is fixed? It appears that the post-covid shipping slug is over but this does not mean that the supply chain is fixed or there will not be shortages.
As of Sept. 21, 2021,  there were 132 cargo ships at the ports of Los Angeles and Long Beach. Dozens of container ships were anchored or adrift off the coast. As of Aug 30, 2022, that number has dwindled to only 8 ships waiting off Southern California.  https://brucewilds.blogspot.com/2022/09/where-have-all-ships-gone-signs-of.html

Painfully obvious graph after painfully obvious graph of age-stratified excess deaths before and after COVID-vaccine rollout.  COVID Vaccines Linked to Excess Deaths in Germany — Where’s the Investigation?
An analysis by two German university professors of government data implicates COVID-19 vaccination as a factor in excess deaths in Germany, however, public health officials in Germany, the U.S. and elsewhere continue to ignore safety signals.   https://childrenshealthdefense.org/defender/covid-vaccines-excess-deaths-germany/ 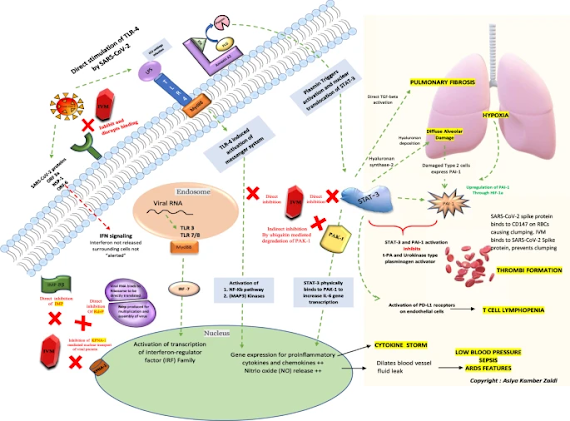 https://www.nature.com/articles/s41429-021-00491-6
​Pierre Kory MD  The Criminal Censorship Of Ivermectin By The High Impact Medical Journals - Part 3
The unprecedented numbers of retractions of positive studies of ivermectin continued to mount. Just more evidence of the increasingly brazen actions taken by the high-impact journal "Editorial Mafia."
https://pierrekory.substack.com/p/the-criminal-censorship-of-ivermectin-418
This is from last April, but well worth reposting. This is extensive and references every statement with a medical citation. Russell Blaylock MD   (I choose one little excerpt)
COVID UPDATE: What is the truth?
Neither Anthony Fauci, the CDC, WHO nor any medical governmental establishment has ever offered any early treatment other than Tylenol, hydration and call an ambulance once you have difficulty breathing. This is unprecedented in the entire history of medical care as early treatment of infections is critical to saving lives and preventing severe complications. Not only have these medical organizations and federal lapdogs not even suggested early treatment, they attacked anyone who attempted to initiate such treatment with all the weapons at their disposal—loss of license, removal of hospital privileges, shaming, destruction of reputations and even arrest.[2]
A good example of this outrage against freedom of speech and providing informed consent information is the recent suspension by the medical board in Maine of Dr. Meryl Nass’ medical license and the ordering of her to undergo a psychiatric evaluation for prescribing Ivermectin and sharing her expertise in this field.[9,65] I know Dr, Nass personally and can vouch for her integrity, brilliance and dedication to truth. Her scientific credentials are impeccable. This behavior by a medical licensing board is reminiscent of the methodology of the Soviet KGB during the period when dissidents were incarcerated in psychiatric gulags to silence their dissent.  https://www.ncbi.nlm.nih.gov/pmc/articles/PMC9062939/ 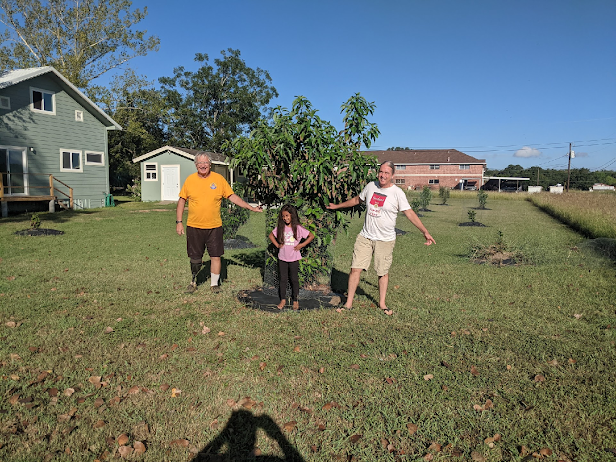