New York Democratic Primary Vote is not yet certified. It can't be, because Electoral Fraud Lawsuit is moving forward The disenfranchisement in Brooklyn was already obvious before the vote, though a judge refused to allow emergency voter registration. It became grossly apparent on Tuesday.
http://www.inquisitr.com/3015960/provisional-ballots-poised-to-rock-the-vote-brooklyn-protested-board-of-elections-voters-lawsuit-moves-forward/

Obama crosses some kind of Rubicon and politely tells UK not to leave the EU. How will this play with Limey voters? Obama is less popular than he was 8 years ago.
http://www.zerohedge.com/news/2016-04-21/obama-writes-op-ed-blood-brother-britain-dont-leave-eu-or-else

IMF's Lagarde now says there's no need for Greek debt reduction; just more austerity and extensions should do, and there will be no deal to unlock loan money for Greece today.
http://www.zerohedge.com/news/2016-04-22/greece-fails-reach-deal-lenders-lagarde-flip-flops-sees-no-need-greek-debt-haircut

"German Chancellor Angela Merkel signed off on a deal with the devil (Turkey) that would give 80 million Turkish Muslims visa-free access to the EU. As part of the deal, Turkey will receive €3 billion in aid." [Time to pay up, or what's Plan-B?]
https://mishtalk.com/2016/04/20/eus-refugee-dilemma-growing-panic-on-how-to-change-terms-of-deal-with-devil/ 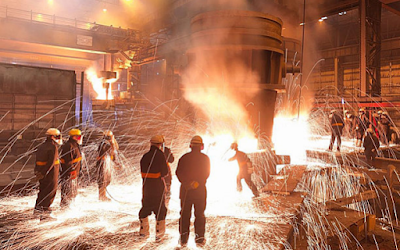 Bankrupt oil companies are still pumping flat out. Pumping is cheap and makes cash flow. They just are not drilling new wells. This can last awhile longer, then there will be a hard drop in output.
http://oilprice.com/Energy/Energy-General/Why-Are-Bankrupt-Oil-Companies-Still-Pumping.html

ALERT: Game (of LIFE) Changing Technology!
"The Haber-Bösch process currently consumes about two percent of the world's fossil fuel supply," Seefeldt says. "So, the new process, which uses nanomaterials to capture light energy, could be a game-changer." "Using light directly to create a catalyst is much more energy efficient, says Brown, NREL research scientist. "This new ammonia-producing process is the first example of how light energy can be directly coupled to dinitrogen reduction, meaning sunlight or artificial light can power the reaction."  Can we get another doubling of our human population out of this? NI-TRO-GEN, NI-TRO-GEN, NI-TRO-GEN !     http://phys.org/news/2016-04-light-driven-dinitrogen-reduction-scientists-global.html 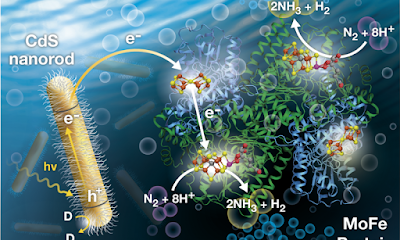