Speak Of The Devil

John Boehner, speaking in public recently:
"[Ted Cruz] is lucifer in the flesh...I have as many Democrat friends as I have Republican and I get along with almost everyone... but I have never worked with a more miserable son of a bitch than Ted Cruz... over my dead body would he represent [Republicans]"Boehner said he'd vote for Donald Trump in the general election if he were the Republican nominee, but he would not vote for Ted Cruz.
Boehner's shocking statement came because he was urged by the event's moderator, Professor David M. Kennedy, to be frank because the event was not being broadcasted. Perhaps Boehner did not realize people were still taking notes.
http://www.zerohedge.com/news/2016-04-28/just-released-listen-john-boehner-calling-ted-cruz-son-bitch
http://www.zerohedge.com/news/2016-04-28/john-boehner-calls-ted-cruz-miserable-son-bitch-lucifer-flesh 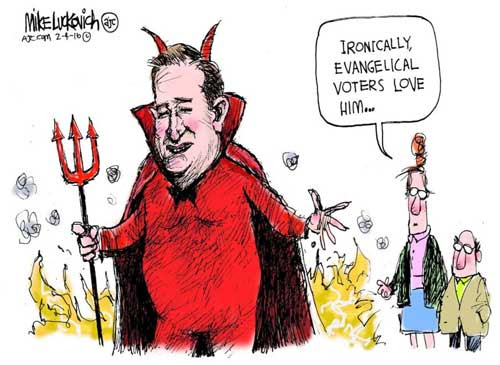 The House Armed Services Committee voted to end the "sexist draft" by requiring young women to sign up for it, too.
http://www.zerohedge.com/news/2016-04-28/congress-fixes-sexist-draft-votes-require-women-register-selection

Bernie Sanders goes on record as supporting the extrajudicial drone killings, with 93 "non-targets" killed for every "targeted" person. He's ok with more troops in Syria, and "America's right to protect itself" from terrorist threats, and so on, too.http://theantimedia.org/did-bernie-sanders-just-go-full-establishment/

China trades enough cotton in one day to make more than a pair of jeans for every living human being (including plus sizes). Commodities is the latest and greatest Chinese bubble market.
http://www.bloomberg.com/news/articles/2016-04-27/china-trades-enough-cotton-in-one-day-to-make-jeans-for-everyone