John Michael Greer on "Futures That Work" refers to Arnold Toynbee's 12 volume Study Of History, and focuses on the feature of how societies adapt, or fail and are later replaced, when they are confronted with problems related to their economic modes of sustenance and survival.
It's the creative class that is important, the problem-solvers, who may not be the rulers, but who inspire the rulers to take certain actions when problems arise.
The creative-minority has to be nimble, adroit, and has to keep solving a variety of different problems. If a particular solution-set, like industrial-society, powered by fossil-fuels, mines, factory farms and electronic communications, becomes entrenched, the creative-minority may be replaced by a dominant-minority. A dominant-minority reacts to problems by reframing them to fit preferred "solutions", which don't work, but keep being put forward, because they are "preferred" by those who dominate. The actions of Liz Truss, deciding to cut taxes for the rich, when the Pound Sterling was on the ropes, and almost bankrupting most UK pensions before lunch, is used as a ready example. Liz is not in her position to be creative.
The positions on the energy future of the industrialized world are also "preferred". The green-agenda wants to do what has not worked in Germany with great effort, and which there is not enough fossil-fuel to carry out, let alone to continue long term.
The nuclear-answer, popular since the 1950s, does not work well financially, because there are so many ancillary costs, and such high risks, and great costs come when reactors need to be retired, like balloon-notes come due.
Those who deny the problem itself, that there is a shortage of energy to feed exponential growth, are not expounded-upon.
Greer looks at modes of problem-solving, like seeing what worked in an area in the past, like transportation-canals in England. He looks at insulation to cut heating and cooling costs by 10%. That is hard to retrofit, I'll point out. Taking out sheetrock walls and climbing in tight attics with nails poking you in the head makes most workers put insulation in pretty carelessly. It is then far less effective than in theory.
Greer doesn't really discuss war, but it is one of the main political tools in times of change. War needs to have clear and achievable objectives, which most politicians don't comprehend well. It is a horrible tool, and it backfires half the time at best. War does not provide innovative solutions. War reinforces the hand of dominant-elites. Sometimes creative minorities turn up in a war, but they were already there and ignored.
In a world of declining net energy, with or without climate change, one needs to grow one's own garden, insulate one's own house, have nice wool long-underwear and a well-fitted, practical bicycle. there is a lot more of course, but a big-fix like exponential-economic-growth powered by coal, oil and gas, will not be found.
Maybe fusion-power will be technically possible, but it will require all that has gone before it to remain in good working order.
That working-order is collapsing from something as readily repairable as a miscalibrated economic system, which collapses without ongoing exponential growth. The dominant-class does not want to understand that, because it is what feeds them, so they do not understand it, and will take the world to war rather than understand the need for economic recalibration to a less-wasteful system, one that can grow and contract with changing realities.
The systemic adjustments being seriously considered in the west are variations on absolute control of each person through brain-wiring and electronic money to keep the person in compliance, or dying of cold and hunger, owning-nothing-and-being-insincerely-"happy" to survive at all. That looks like more can-kicking in a bad direction. It ignores the problem solving ability of billions of adaptive humans.
The Cheney-Bush plans were to control the world and take what they needed. That is equally short-term, but preferred, because those in power got to stay in power.
All of the "preferred solutions" cause more bleeding of productive economy, while providing fresh blood to the owners, forcing the privations of economic collapse onto the rest of us.
There is a rumor going around that the owners want to slowly kill off 90% of the herd, the "useless" 90%. More can-kicking.
I'm in that 90%, so I don't like it. I can be somewhat more creative than that, and so can you.
https://www.ecosophia.net/futures-that-work/
The United States declares war on Russia, Germany, the Netherlands and France​ , ​by Thierry Meyssan​​
​  ​While the international press treats the sabotage of the Nord Stream gas pipelines as a news item, we analyze it as an act of war against Germany and the European Union. Indeed, the three gas supply routes to Western Europe have been cut off simultaneously, while at the same time a new gas pipeline has been opened to Poland.
​  ​Just as Mikhail Gorbachev saw in the Chernobyl disaster the inevitable break-up of the USSR, so we believe that the sabotage of the Nord Stream gas pipelines marks the beginning of the economic collapse of the Union.
https://www.voltairenet.org/article218167.html

​  ​Petraeus thinks that this is what the US government has in mind when it comes to the recent statements of “catastrophic consequences” for Moscow. Lately, the belligerent thalassocracy has ramped up its unfounded rhetoric that Russia was supposedly planning on using tactical nuclear weapons against the Kiev regime forces. The narrative has been heavily (ab)used by the mainstream propaganda machine.
​  ​“And what would happen?” show co-anchor Jonathan Karl asked Petraeus.
​  ​“Well, again, I have deliberately not talked to Jake [Sullivan] about this. I mean, just to give you a hypothetical, we would respond by leading a NATO, a collective effort, that would take out every Russian conventional force that we can see and identify on the battlefield in Ukraine and also in Crimea and every ship in the Black Sea,” former CIA chief stated.
​  ​Then, the “This Week” anchor mentioned the scenario in which the radiation fallout from the supposed Russian nuclear strike could directly impact much of Eastern Europe, including nearby NATO member states.
​  ​“Yes. And perhaps you can make that case. The other case is that this is so horrific that there has to be a response, it cannot go unanswered. But it doesn’t expand, it doesn’t — it’s not nuclear for nuclear,” Petraeus claimed. “You don’t want to, again, get into a nuclear escalation here. But you have to show that this cannot be accepted in any way,” the retired general said.
​  ​While the retired US Army general and former CIA director is not speaking from a position of legal authority, as he is not officially part of the troubled Biden administration or in any capacity as an active government official, his opinion can still be considered a reflection of what the US foreign policy and military establishment think, especially considering the positions he held in the past. The very idea that such a high-ranking (former) official thinks that Russia would stand idle while NATO targets its forces is quite indicative of the deteriorating state of America’s top brass, both political and military.  https://www.globalresearch.ca/former-cia-director-petraeus-threatens-russia/5795463 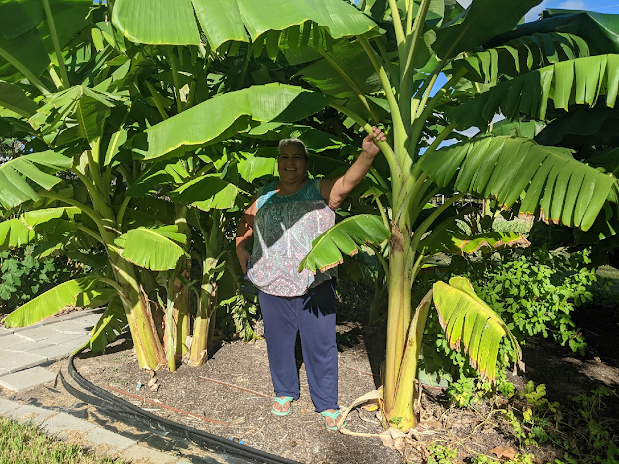