Ugo Bardi asks if "holobionts", which we are, and which a forest also is, can "think". Obviously our modes of problem-solving are different, but exist to benefit the furtherance of life. To what degree might humans "think-together", I wonder. We are different from trees, without interlacing root-networks, but we clearly act in concert for mutual survival and adaptation.
Can Holobionts Think?
​  ​I started this chapter by examining trees and forests as holobionts, then looking at human beings. Trees and humans are as alien to each other as we could possibly imagine. Humans are mobile creatures with an extravagantly powerful metabolism that makes them able to sustain protracted efforts longer than any other living animal. That turbo-charged metabolism is also used to maintain their large brains, of which they are very proud. They use their brains to control their muscles and their sophisticated sensory apparatus, as well as to deal with each other in complicated social rituals.
​  ​Trees are the opposite in almost all respects: they are immobile, their metabolism is slow: and they can’t even control their internal temperature. They don’t have eyes, nerves, brains, and not even muscles. Yet, they move, they sense their environment mainly by chemical signals, but also visual and mechanical ones -- including vibrations in the acoustic frequency. They "know" what's going on around them, but in ways that are mostly alien to mobile mammals, including humans.
https://theproudholobionts.blogspot.com/2022/10/can-holobiont-think.html
​  NYC Firemen, police, and garbage collectors, reinstated with back-pay.
New York Supreme Court reinstates all employees fired for being unvaccinated, orders backpay
State Supreme Court found that being vaccinated 'does not' stop the spread of COVID-19
https://www.foxnews.com/us/new-york-supreme-court-reinstates-all-employees-fired-being-unvaccinated-orders-backpay
​
​  Charles Hugh Smith points out the weaknesses of forced-growth economy, impossible to continue on a finite planet.
Stuff is running out, like oil and copper. (Lead is surprisingly rare.)​
People in developed countries have everything they need already, so failure modes have to be engineered into products to make them break in a few years, so people buy new ones.
People who do need stuff can't buy what they need.
Throughout the prior history of human economy, things made more sense and more efficiently provided for human needs with what was available. (Yes, it was much more human-effort to keep living.)
http://charleshughsmith.blogspot.com/2022/10/the-end-of-growth-road.html
IEA: The Current Energy Crisis Is Unprecedented
The executive director of the International Energy Agency has said that the world is currently in the middle of the first truly global energy crisis.
Natural gas markets are particularly tight, and they are set to worsen next year as demand climbs and Europe struggles to replace Russian pipeline gas.
As well as being more expensive than pipeline gas, the lack of infrastructure to import LNG to Europe is resulting in delivery delays.
https://oilprice.com/Energy/Energy-General/IEA-The-Current-Energy-Crisis-Is-Unprecedented.html
​Refinery executives say that shuttered US refineries will not be reopened despite maximal utilization this year, and in face of ongoing shortfalls in refined products like diesel. It has already been pointed out that this is a 30 year investment to make a new refinery, and nobody can make that investment at all these days.​
https://oilprice.com/Latest-Energy-News/World-News/Energy-Execs-Tell-Granholm-Shuttered-US-Oil-Refineries-Wont-Restart.htmlAmerican
​The 24 hour letter from 30 Congressional Democrats to President Biden to please negotiate peace between Russia and Ukraine "died suddenly".​ Why would this withdrawal-of-peace-request happen? Isn't this about avoiding nuclear holocaust?
“They waited to get about 30 and released,” one source texted The Hill on Tuesday morning, speaking on the condition of anonymity to discuss sensitive internal negotiations. “Didn’t consider election timing.”
A House aide said the letter was “circulated for signatures” in June. “We aren’t sure why it was released now.”
Progressive Caucus withdraws letter on Ukraine strategy amid blowback - 10/25/22 1:03 PM ET - The Hill
“The Congressional Progressive Caucus hereby withdraws its recent letter to the White House regarding Ukraine,” Rep. Pramila Jayapal (D-Wash.), the caucus chairwoman, wrote in a statement, representing a stunning shift in their call for a diplomatic push to end the Russia-Ukraine war.
“The letter was drafted several months ago, but unfortunately was released by staff without vetting. As Chair of the Caucus, I accept responsibility for this,” Jayapal wrote.
https://www.moonofalabama.org/2022/10/the-progressives-in-congress-are-useless-wimps.html#more
Weapons sent to Ukraine end up on black market – Putin​  And other highlights of recent short speech to the heads of security and special services of the Commonwealth of Independent States (CIS) countries​:
​https://www.azerbaycan24.com/en/weapons-sent-to-ukraine-end-up-on-black-market-putin/
​That 7-minute speech with subtitles (subtleties?) is here, quite efficient and to-the-point. Countries are defending themselves from US/NATO hybrid warfare attacks.   ​http://thesaker.is/vladimir-putin-addresses-russian-security-council-october-26-2022-eng-subtitles/
This came at a time when Russia and NATO were both carrying out nuclear-war-games in Europe. Who "might" benefit?
I have seen it postulated that such a dirty bomb or other mass destruction could befall Kherson, to prevent Russia from advancing to Odessa this winter and taking the whole Black Sea coast.
SCOTT RITTER: Russia’s ‘Dirty Bomb’ Scare
https://consortiumnews.com/2022/10/25/scott-ritter-russias-dirty-bomb-scare/
US doubles down on ‘dirty bomb’ denial
The Pentagon chief has rejected “false allegations by Russia about Ukraine,” describing them as a pretext for escalation
https://www.rt.com/news/565288-us-denial-dirty-bomb-ukraine/
Moscow urges UN probe into Ukrainian biolabs
Russia has filed an official complaint over US-backed biological activities in Ukraine​
​  ​In June, the Pentagon published the ‘Fact Sheet on WMD Threat Reduction Efforts with Ukraine, Russia and Other Former Soviet Union Countries’. The US military claimed that following the collapse of the Soviet Union, Washington has “worked collaboratively to improve Ukraine’s biological safety, security, and disease surveillance for both human and animal health,” by providing support to “46 peaceful Ukrainian laboratories, health facilities, and disease diagnostic sites over the last two decades.” These programs have allegedly focused on “improving public health and agricultural safety measures at the nexus of nonproliferation.”
https://www.rt.com/news/565341-russia-un-ukraine-biological-laboratories/
As winter approaches, both Russia and Ukraine bulk up their forces in preparation for decisive battles
Moscow’s military mobilization means that Kiev is set to lose its vast numerical advantage. How will this play out on the battlefields?
https://www.rt.com/russia/565235-sergey-poletaev-as-winter-approaches/
​Living Cooperatively​ (picturing Jenny in garden) 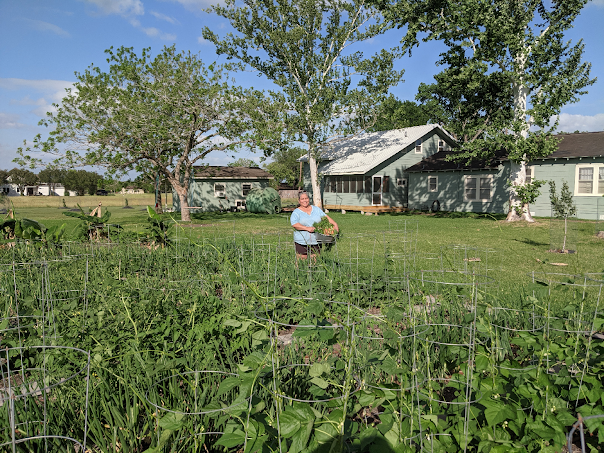