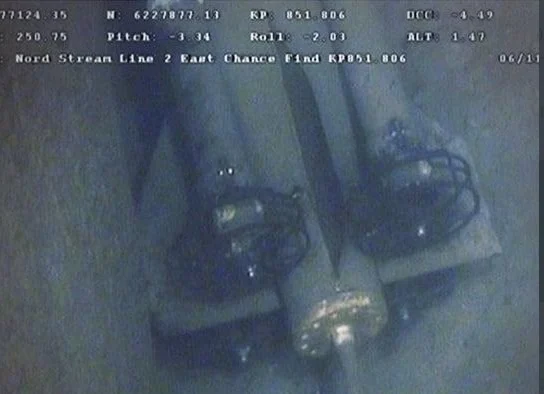 ​Removed any evidence from the crime-scene, Ma'am?
Sweden Refuses to Share Results of Nord Stream Pipeline Explosion Investigation With Russia
​  Prime Minister Magdalena Andersson said that the outcome of the inquiry into what severely damaged the Nord Stream 1 and 2 gas pipelines in late September would not be revealed to Moscow.
“In Sweden, our preliminary investigations are confidential, and that, of course, also applies in this case,” Andersson told reporters.
The investigation found that the blasts were an act of sabotage, although the culprit has not been named.
The Swedish leader said that Russia was free to conduct its own investigation into the incident, adding that Sweden had removed cordons from the area.
https://summit.news/2022/10/11/sweden-refuses-to-share-results-of-nord-stream-pipeline-explosion-investigation-with-russia/
​  ​A potential venue for talks between Biden and Putin could be the sidelines of the upcoming summit of G20 leaders that will be held in mid-November in Indonesia. But according to Lavrov, Russia has not received any serious proposals from the US to negotiate.
​  ​The US was quick to dismiss Lavrov’s comments, accusing him of “posturing” and calling for Russia to stop launching strikes across Ukraine. “We see this as posturing. We do not see this as a constructive, legitimate offer to engage in the dialogue and diplomacy that is absolutely necessary to see an end to this brutal war of aggression,” State Department spokesman Ned Price said.
​  ​Despite the US dismissal of potential talks, Turkey appears eager to broker negotiations between the two sides. The Kremlin said that Putin will meet with Turkish President Recep Tayyip Erdogan on Thursday, and it’s “possible” that the two leaders will discuss a Turkish proposal to host talks between the West and Russia.
https://news.antiwar.com/2022/10/11/lavrov-says-russia-open-to-talks-with-the-west-us-dismisses-his-comments/