Slept Through It,
This story appears to be well researched and is quickly getting around, that an American specialty bomber for oceanic targets, a P-8 Poseidon, flew from the US to the Baltic Sea, getting aerial refuelling over Germany, loitered over the areas of the pipeline bombing, at the same time that the undersea explosions were detected, and flew back to the US. It was reportedly the only aircraft over that area at that time.
The P-8 Poseidon can carry multiple payloads, including special torpedoes launched from altitude, carried to a level above the surface of the water, slowed and released from their carriers as precision-guided torpedoes. Thanks DBS.
https://www.monkeywerxus.com/blog/the-nord-stream-2-pipeline-sabotage
​
Colonel US Army (ret.) Douglas McGregor
Former Pentagon Advisor Says US Likely Attacked Nord Stream Pipelines to Isolate Germany
​  ​“Then you have to look at who are the state actors that have the capability to do this. And that means the Royal Navy, the United States Navy Special Operations,” said Macgregor.
​  ​“I think that’s pretty clear. We know that thousands of pounds of TNT were used because these pipelines are enormously robust. You have several inches of concrete around various metal alloys to move the natural gas. So it’s not something that you could simply drop a grenade down at the end of a fish line and disrupt. That means it takes a certain amount of sophistication.”
https://summit.news/2022/10/03/former-pentagon-advisor-says-us-likely-attacked-nord-stream-pipelines-to-isolate-germany/
​  Elon Musk tweeted a Yes-No poll choice about what he sees as the likely outcome of the Ukraine war, after or without more bloodshed. It's controversial.
Ukraine-Russia Peace:   YES/NO
- Redo elections of annexed regions under UN supervision. Russia leaves if that is the will of the people. - Crimea formally part of Russia, as it has been since 1783 (until Khrushchev’s mistake). - Water supply to Crimea assured. - Ukraine remains neutral.
https://www.zerohedge.com/geopolitical/blue-checks-diplomats-bots-go-ballistic-over-elon-musks-proposed-russia-ukraine-peace
Charles Hugh Smith  Chart a Course To Self-Reliance
Self-reliance in the 21st century is uniquely challenging because we've become overly dependent on globalization and financialization.
As things unravel, the one surefire strategy is to chart a course for greater self-reliance. Improving self-reliance has no downside, only upside, and everyone can increase their self-reliance incrementally in small ways.
Self-reliance isn't the same as self-sufficiency. Even Thoreau on Walden Pond used manufactured tools and supplies sourced from afar. The basic idea of self-reliance is to reduce our dependency on long, fragile supply chains and the hamster-wheel landfill Economy of planned obsolescence and waste is growth consumption, and increase what we can do for ourselves and those we care about.
http://charleshughsmith.blogspot.com/ 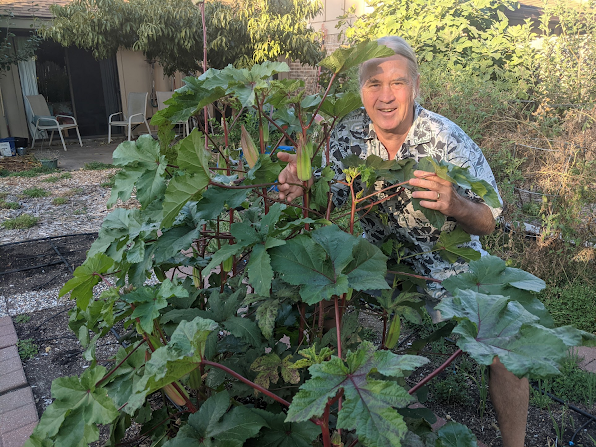