​ Clif sends this article, which looks at the propaganda-narrative war between the US and China about the origin of this viral plague, and where the blame might be assigned. This is a battleground for global hearts and minds between an aging empire, and a much older, but rising empire. (Are there any other options I can have?)​
​ ​The political and media class in the United States is doing all it can to inculcate the public with the idea that China is to blame for Covid-19. With over forty thousand Americans dead from the virus, this narrative has tremendous propaganda power. But the more information is revealed about the details surrounding the origins of the virus, the more vulnerable Washington’s narrative becomes.
https://medium.com/@rainershea612/uncomfortable-questions-are-going-to-keep-coming-up-about-americas-role-in-spreading-covid-19-5dc5466b508b

​Referenced in that article is this article, Last Man Standing, from a month ago, which makes the case that the current global pandemic, first apparent to us in Wuhan, in January, was seeded there by American military participants in the global military game in Wuhan. Some of the Americans got really sick with something, had to be hospitalized and couldn't compete in their events. Could have been coronavirus, as we look back.
The soldiers stayed in a hotel near the wet-market, and trained near Ft Detrick, Maryland.
Enticing circumstantial evidence. There's more.​
https://www.unz.com/article/last-man-standing/

Eleni sends this article about Chinese research into the ancestry of the novel coronavirus that hit Wuhan so hard.
Italy wants to know, too. The US is preventing any investigation of American "flu deaths" from this past winter.
It was bad in the hospitals. I had a patient almost die in November/December, and all the teaching hospital found was "coronavirus".
“This suggests that the H1 specimen was brought to the seafood market by some infected person, which sparked the epidemic. The gene sequence cannot lie.” (Ambassador Zhang)  ​...​
​ ​Shockingly enough, Italy wanted to trace the first infection case of Covid-19 by conducting an exhumation in the US of so-called flu victims, by the US has flatly refused permission.
https://orientalreview.org/2020/04/22/covid-19-has-a-grandma-grandpa-and-great-grandpa-where-are-they/

​The angle getting more press in the US is propounded here by a RUSSIAN.​ (All biowepon labs play with this fire.)
​ ​A world renowned Russian microbiologist says that the novel coronavirus responsible for the COVID-19 pandemic was the result of Wuhan scientists doing "absolutely crazy things" in their laboratory.
​ ​Dr. Peter Chumakov of the Engelhardt Institute of Molecular Biology and Russian Academy of Sciences claims that while the Wuhan scientists' goal in creating the coronavirus was not malicious - instead, they were trying to study the pathogenicity of the virus
https://www.zerohedge.com/health/renowned-microbiologist-claims-wuhan-lab-did-absolutely-crazy-things-coronavirus

​English tabloid press has this scoop. 20% (or more) of New Yorkers show antibodies to SARS-CoV-2, so at least that many have had the infection. That leaves 80% still sitting ducks, which is no good at all.​
New York City antibody survey reveals more than a FIFTH residents have been infected and mortality rate is FIVE TIMES deadlier than the flu
https://www.dailymail.co.uk/news/article-8250385/A-FIFTH-New-York-City-residents-tested-positive-coronavirus-antibodies-Cuomos-study.html

​Jim Kunstler is in good form again.​
​ ​It’s one thing to get sandbagged by a public health crisis ­– a plague being about the worst kind – and quite another for an advanced, complex economy to fall away under your feet like a freight elevator that snapped its cables. The two are now linked in the public imagination, which naturally churns out narratives to serve the collective human craving for pattern recognition.
​ ​“The news” is the net sum of all that, mixed with a lot of cognitive “noise.” Even highly intelligent people have a hard time sorting it out. The Internet is full of stories, often contradictory, charged with anger, horror, indignation, and agendas, mostly unhelpful and some quite dangerous ­– like the cry that China must pay for this! Uh, like how? Send them an invoice: Please remit $11.7 trillion to the address above…?  Release the US Airborne over Beijing as if it were Belgium, 1944…? Drop the big one…? (They have big ones, too.)
​ ​Grievances and recriminations sprout like the skunk cabbages of April: China did it to us so they could rule the world…. The Democrats are lovin’ it cuz it’ll finally get rid of the wicked Trump…. Bill Gates is lovin’ it because the vaccine he’s working on will make him rich…! Doctors Fauci and Birx are tools of Big Pharma…! The New World Order (aka The Globalists) are using it to take away our freedom and turn us into the foot-servants of George Soros…!
​ ​Probably the biggest argument is over the seriousness of the disease itself. The statistical through-put of the moment appears to underwhelm the models the USA and Europe constructed at the onset of the plague. At least, that is, far fewer people have died, and of those, mostly the very old and those burdened with chronic illnesses ­– but also quite a few doctors and nurses in the prime of life.​..
​ The old system is permanently broken now. We’re having a hard time recognizing that, plague or no plague.  Many activities have flunked the scale challenge and will not come back to running the way they used to, generally anything organized at the giant scale: global supply chains, global corporations that depend on them, fracking for shale oil, big institutions like colleges and even public school systems, commercial aviation and tourism, the auto industry, show business (including the Disney empire and things like it), suburbia as a general proposition, skyscrapers and megastructures, shopping malls, pension funds, insurance companies, mega-banks, and, of course, medical conglomerates. [I personally think suburbia is still in the running. More distance. Room for gardens.]​ ...
​ Times have changed and we’re going to have to get some new good ideas that fit the new times. But, the craziness out there is very likely to start expressing itself differently as we discover the urge to action does not produce the desired result of returning-to-normal. Instead, it produces more disorder in the foundering system, and then the question is: how much disorder do we have to slog through to get to those new ideas suited to the new times?
https://kunstler.com/clusterfuck-nation/turning-and-churning/

​Fraying Food System May Be Our Next Crisis (Ya think? What if the internet crashes first?)​
​ O​ur modern food system is packed with ticking bombs. The ways we grow, process, package, and distribute food depend overwhelmingly on finite, depleting, and polluting fossil fuels. Industrial agriculture contributes to climate change, and results in soil erosion and salinization. Ammonia-based fertilizers create “dead zones” near river deltas while petrochemical pesticides and herbicides pollute air and water. Modern agriculture also contributes to deforestation and biodiversity loss. Monocrops—huge fields of genetically uniform corn and soybeans—are especially vulnerable to pests and diseases. Long supply chains make localities increasingly dependent on distant suppliers. The system tends to exploit low-wage workers. And food is often unequally distributed and even unhealthful... https://www.resilience.org/stories/2020-04-23/fraying-food-system-may-be-our-next-crisis/

​ ​I think for once, Donald Trump was right when he worried out loud the other day that the cure may be far worse than the disease.
​ ​Governors - mostly Democratic governors and mayors of major areas of the country - have imposed Lockdown Nation. It's a complete economic disaster.
​ ​It's a wrong policy from a public health point of view and an economic point of view.
​ ​It is hitting, like a ton of bricks, a highly fragile and vulnerable economy that was living hand to mouth anyway because of the kind of highly counterproductive monetary and fiscal policies and debt build-up we've had over the last 30 years.
​ ​If you look at the data for New York—which is the epicenter of the whole COVID-19 pandemic—it is abundantly clear that COVID is not some kind of latter-day Black Death plague that takes down the young, the old, the healthy, the sick, and everyone in between.
​ ​It is a kind of super winter flu that strikes fatally, almost entirely, the elderly population that is already afflicted with many life-threatening medical conditions—or what the technicians call comorbidities.
​ ​The shutdown, which I call the "plenary lockdown policy," is wrong. Closing all the businesses except a tiny, arbitrary set of essential operations is courting disaster for no good reason.​..
​ For those under 50 years of age in the state of New York, the death rate is slightly under 5 per 100,000.
That isn't a disaster. That isn't a plague or a calamity.
https://www.zerohedge.com/health/ripple-effects-government-lockdown-are-only-starting-take-shape

MICHAEL HUDSON:
​ ​Just think of when, in the debates with Bernie Sanders during the spring, you had Biden, and Klobuchar keep saying, ‘What we’re paying for Medicare-for-All will be $1 trillion over 10 years.’
Well here the Fed can create $1.5 trillion in one week just to buy stocks.
​ ​Why is it okay for the Fed to create $1.5 trillion to buy stocks to prevent rich people from losing on their stocks, when it’s not okay to print only $1 trillion to pay for free Medicare for the entire population? This is crazy!
​ ​The idea that only the rich should be allowed to print money for themselves, but the government should not be allowed to print money for any public purpose, any social purpose — not for medicine, not for schools, not for personal budgets, not for full employment — but only to give to the 1 percent. People hesitate to think that.
​ ​They think, ‘It can’t possibly be this bad.’ But those of us who have worked on Wall Street, for 50, 60 years in my case, that’s what the numbers show.
​ ​And that’s why you don’t have the media talking about actual numbers. They talk about, you know, just words, and they use euphemisms, and it’s the kind of Orwellian vocabulary, describing an inside-out world that they’re talking about.
https://moderaterebels.com/transcript-us-coronavirus-bailout-michael-hudson/ 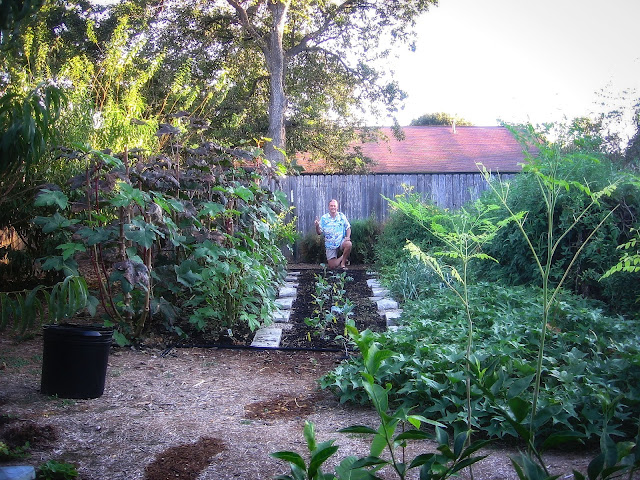