Gilad Atzmon wrote and sent an article about recent waves of influenza-like illness causing deaths in the US. He asks "Is this the second wave?" That's a provocative opening for some pandemic analysis. I replied to him.
https://gilad.online/writings/2020/4/20/is-amnesia-a-symptom-of-covid-19

Good sirs, Gilad and JA, please allow me to tweak this second-wave-hypothesis a little.
I like the hypothesis, but the waves are too far apart. Waves of contagion are closely temporally connected, confluent.
A "novel" (new) virus will reach saturation in a population within about 2 years, and then it is "endemic" (established).
As it continues mutating (a virus can't keep itself from mutating), it may create new variants that work around the immunity the herd has developed.

If the US is in the second wave, then the first wave, usually a milder wave, as pandemics go, would have been last fall/winter.
There was a "3 to 4 week cold" circulating here in Austin from late summer on. People would come see me in week 3,
worried that it had lasted too long. My wife, Jenny, a school librarian, got it, then I got it.
The second distinguishing feature was the irritation deep in the chest, and the non-productive and unsatisfying cough that prompted.
I had a patient almost die in the (teaching) hospital late-November/early-December, and all they found was "coronavirus",
a viral pneumonia, which brought on systemic collapse in his body. He lived, so I got sent the discharge summary. "Hmmm, interesting..."
"Coronavirus" was just an ordinary "cold virus", in December.

The guy who described the virus that causes AIDS says this virus had to be spliced together in a lab and the evidence of splicing is all through it.
https://www.zerohedge.com/health/covid-19-man-made-virus-hiv-discoverer-says-could-only-have-been-created-lab
I'll just accept that as "fact", if I may. My own analysis from January through February had led me promptly to the same conclusion.

The infamous Ft. Detrick, Maryland US Army bioweapons lab was shut down in August for a serious "breach of containment", but "nobody was harmed", according to official statements. It was all fixed back up by November and reopened for business.

In mid October 300 US military service members traveled to Wuhan, China to participate in worldwide military games,
an Olympics type thing, as I understand it. The US never went to these games before last October, a debut...
Apparently the US contingent stayed in a hotel very close to the wet-market and Wuhan Biolab.
By one report, 5-6 US military participants were so sick with "viral pneumonia" as to need hospitalization during the games.
This is the "who was patient-zero" question that the Chines keep raising.
This was concurrent with "Event 201" by Bill Gates and Johns Hopkins, "What if a bad coronavirus got loose in the world" simulation. Major governments all attended and all scored poorly.

Look at this South China Morning Post story about a Chinese researcher who has been tracking the viral mutants and seeing how deadly (or not) each mutant is in human-cell culture. Thanks for these 2, Jeff.
https://www.scmp.com/news/china/science/article/3080771/coronavirus-mutations-affect-deadliness-strains-chinese-study
https://www.medrxiv.org/content/10.1101/2020.04.14.20060160v1
Li took an unusual approach to investigate the virus mutation. She analysed the viral strains isolated from 11 randomly chosen Covid-19 patients from Hangzhou in the eastern province of Zhejiang, and then tested how efficiently they could infect and kill cells.
The deadliest mutations in the Zhejiang patients had also been found in most patients across Europe, while the milder strains were the predominant varieties found in parts of the United States, such as Washington state, according to their paper.
Let me point out that the virus was not yet big in New York and New Orleans when Dr Li was doing this analysis.
I read that the East-coast viral types are more like those in Italy, more virulent. New Orleans has had a bad strain, too.

If this lab virus came from a military lab, Ft Detrick or Wuhan, it could come as an attack or as an accident in the initial release.
An accidental release might prompt the leaking country to go ahead and use the weapon against a foe, before the opportunity was lost.
If it was an intentional release, it would surely be used against a foe, and with the ideal timing for maximum impact.
Wuhan, a massive Chinese transport hub, at Chinese New Year, was an ideal target.
Iran, especially top leaders, got hit very hard, right after all those big outdoor events for General Soleimani's assassination.  (Drone aerosolized virus attacks?)

What if the US virus, the weak one on the west coast, was released very early as a vaccine?
That would be the logical defense an advanced bioweapons lab would use, while keeping everything hush-hush.
Too bad New York and New Orleans got a dose of the bad stuff.
Accidents happen in war.

Ron Unz looks at the relative veracity of US and Chinese governments in recent decades, with focus on lies about military attacks. Thanks Marjorie.
https://www.unz.com/runz/american-pravda-our-coronavirus-catastrophe-as-biowarfare-blowback/#comment-3853043

Why was I not informed of this? Thanks Eleni.
Trump adapts US energy strategy , by Thierry Meyssan
A showdown between Riyadh and Washington, which was already disrupting the world economy before the spread of Covid-19. President Trump considered taking control of Saudi and Venezuelan oil, which apparently led him to forge new alliances.
https://www.voltairenet.org/article209718.html

How China Sees The World, H.R. McMaster
This is useful context, and it really refers to how Xi Jinping and Communist Party elites see the world, through the historical lens of the empire that ruled everybody (with lapses) for many thousands of years, at least from the vantage of Chinese ("world" to them) history. China tends to have Hundred Year Plans as her main focus, though shorter plans, too, that serve the goals of The Middle Kingdom. (What about the Chinese people's needs and views?)
McMaster is clearly a military partisan, and this opinion piece is weaponized, but I don't think that means he is being inaccurate about his trip to China with Donald Trump, mainly that he has a whole lot of the hubris of the Western Empire to sweep under the rug. (It doesn't show at all.)
The take-home message is that the natural order of the world got messed up a couple of hundred years ago, but it's back on track to it's normal condition, where China rules firmly and all others pay tribute, as they should, or get taught their lessons. That's Chinese history. (What about the periodic Chinese uprisings and power struggles?)
https://www.theatlantic.com/magazine/archive/2020/05/mcmaster-china-strategy/609088/

American coronavirus case numbers are deftly manipulated by strict restrictions on testing only the sick, and limits on numbers of tests. Tests so far have only tested for acute illness, in a much larger pool of cases, most with minimal symptoms. This has made for a tailoring of the numbers, though things definitely went ballistic in New York and New Orleans. Here is a sideways glance at that.
https://www.theatlantic.com/technology/archive/2020/04/us-coronavirus-outbreak-out-control-test-positivity-rate/610132/

Moscow is up to 60% of positive tests being asymptomatic, which reveals that they either have milder strains of virus, or are getting ahead of the crisis on testing asymptomatic contacts, or both.
https://tass.com/society/1146787

Globally, where antibody tests are starting to be done, about 3% of people have antibodies to SARS-CoV-2.
About 70% of people who got infected developed antibodies in other studies, so maybe 4% of global humans have had the illness, or variants of it. That sounds like early spread, with most of the damage yet to be done, unless the mild strains predominate.
https://www.theguardian.com/society/2020/apr/20/studies-suggest-very-few-have-had-covid-19-without-symptoms

LOS ANGELES (Reuters) - Some 4.1% of adults tested positive for coronavirus antibodies in a study of Los Angeles County residents, health officials said on Monday, suggesting the rate of infection may be 40 times higher than the number of confirmed cases. (The milder stuff?)
https://www.reuters.com/article/us-health-coronavirus-usa-serology-idUSKBN22234S

Vitamin D helps protect the endothelium, blood vessel linings. Why is nobody looking at vitamin-D levels?
Coronavirus attacks lining of blood vessels all over the body, Swiss study finds

What is needed to reopen the US economy for business as usual? Who knows? Here is an estimated guess:
20 million tests a day
​ ​Test producers will need to deliver 5 million tests per day by early June to safely open parts of the economy by late July, according to the report. To "fully re-mobilize the economy," the country will need to see testing grow to 20 million a day, the report suggests.
https://www.msn.com/en-us/news/us/20-million-covid-19-tests-per-day-needed-to-fully-open-economy-study/ar-BB12SYW5 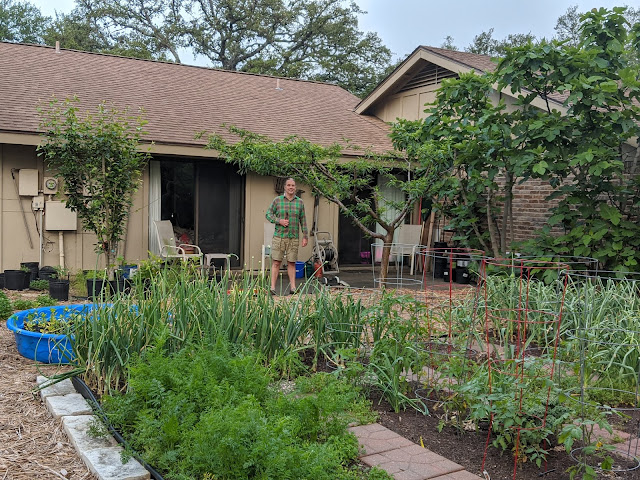