President Trump intimates that the US can sen​d​ China a very large bill for the coronavirus pandemic that China failed to keep confined to itself. Economic divorce proceedings...
"We haven’t determined the final amount yet. It’s very substantial," Trump added, suggesting it would be significantly more than the $160 billion floated in German media.
He argued that amid other failings, ultimately Beijing could have stopped the deadly disease at the source when it was first identified in Wuhan in December, though was present in November.

​(I​ personally find it somewhat more plausible that some version of the novel coronavirus leaked from Ft Detrick Md. last early summer, which "breach of containment" led it to be shut down until November. "Patient Zero", according to the Chinese, was American military attending the Wuhan Games in October. Both narratives are presented in prior posts. At any rate, this IS War.)
​ ​Secretary of State Mike Pompeo told Fox News on Wednesday that the US knows that the pandemic began in Wuhan, but that China still refuses to disclose information about their facilities and is engaging in 'classic communist disinformation.'
He added that the CCP must be held accountable.
​ ​A US government analysis leaked to the Washington Times concludes that the Wuhan Institute of Virology or the Chinese CDC is the "most likely" source of the COVID-19 pandemic which has killed over 200,000 people worldwide in roughly four months.

​Trump wants US troops out of Afghanistan, which the US agreed with the Taliban in February.
He seems to actually want to do what was agreed, and complains to the generals that it isn't happening much yet.
"They'll get sick with COVID" is the new prompt. It has merit.
​https://www.zerohedge.com/geopolitical/trump-wants-us-troops-immediately-out-afghanistan-due-coronavirus

​ ​Two so-called 'rogue states' recently targeted for US-imposed regime change are helping each other fight coronavirus as well as Washington-led sanctions.
​ ​Late last week it was revealed Venezuela received a huge boost in the form of oil refinery materials and chemicals to fix the catalytic cracking unit at the 310,000 barrels-per-day Cardon refinery, essential to the nation's gas supply.
https://www.zerohedge.com/geopolitical/driving-gringos-white-house-crazy-iran-venezuela-deepen-sanctions-busting-cooperation


"Dr. Doom", Nouriel Roubini is rather gloomy, though technically correct and worth reading. He's not seeing silver linings, just clouds. He did call the 2008 crash, though.
While there is never a good time for a pandemic, the COVID-19 crisis has arrived at a particularly bad moment for the global economy.

The world has long been drifting into a perfect storm of financial, political, socioeconomic, and environmental risks, all of which are now growing even more acute.
https://www.project-syndicate.org/commentary/greater-depression-covid19-headwinds-by-nouriel-roubini-2020-04

Jim Kunstler presents The Great Conundrum:
The Great Conundrum of the moment: Reality is telling us that things organized on the gigantic scale are entering failure mode; but so many Americans are employed by exactly those activities organized on the gigantic scale. Or were, I should say. The humungous joint effort by the federal government and its caporegime, the federal reserve, to flood the system with dollars is precisely a desperate effort to prop up the giant-scale activities that defined the prior state-of-things. Those giant enterprises even did an end-run around the truly small businesses that were supposed to get scores of billions in grants, loans, and bailouts so congress is attempting a do-over of that play.
The question, then, is how do you go through a swift and dramatic re-scaling of a hypertrophic, excessively complex, ecologically fragile economic system in a way that doesn’t produce a whole lot of damage? I can’t answer that satisfactorily except to say this: at least recognize what the macro trend is (downscaling and re-localization), and support that as much as possible. Don’t knock yourself out trying to save giant, foundering enterprises that need to go out of business. Don’t bankrupt the society or destroy the meaning of its money to prevent the necessary bankruptcy of things that must go bankrupt. Remove as many obstacles as you possibly can to allow smaller-scaled enterprises to thrive and especially to support the rebuilding of local networks that smaller-scaled businesses play their roles in.
https://kunstler.com/clusterfuck-nation/the-great-conundrum/

​Trump invokes the Defense Production Act (Korean War era) to staff meat packing plants and slaughterhouses​, where workers have been dying of COVID.
Who has to go do that? Daisy Luther asks some questions. Nobody seems to be offering hazardous duty pay. Nobody much wants to do this kind of work, already.
https://www.theorganicprepper.com/defense-production-act-forced-work-meat-plants/

​"It speaks for itself"​
An unprecedented coalition of workers from some of America’s largest companies will strike on Friday. Workers from Amazon, Instacart, Whole Foods, Walmart, Target, and FedEx are slated to walk out on work, citing what they say is their employers’ record profits at the expense of workers’ health and safety during the coronavirus pandemic. The employees will call out sick or walk off the job during their lunch break, according to a press release set to be published by organizers on Wednesday.​..
​ “These workers have been exploited so shamelessly for so long by these companies while performing incredibly important but largely invisible labor,” said Stephen Brier, a labor historian and professor at the CUNY School of Labor and Urban Studies. “All of a sudden, they’re deemed essential workers in a pandemic, giving them tremendous leverage and power if they organize collectively.” The workers coalition will unveil a set of demands. Among them are: compensation for all unpaid time off used since the beginning of the Covid-19 crisis in March; hazard pay or paid sick leave to be provided for the duration of the pandemic; protective equipment and all cleaning supplies to be provided at all times by the company; and a demand for full corporate transparency on the number of cases in facilities.
https://theintercept.com/2020/04/28/coronavirus-may-1-strike-sickout-amazon-target-whole-foods/

​America's Super Rich see their Wealth Rise $282 billion in 3 weeks​.
Wealth transfer in the usual direction will be followed by wealth destruction down below.
https://www.mintpressnews.com/super-rich-see-wealth-rise-282-billion-three-weeks-coronavirus/267027/

​What are they offering for this hard and relentless and very intermittent labor?​
British Environment Secretary George Eustice said that in a normal year around 30,000 people come from mainly the European Union to do seasonal agricultural work, though only a third are here now.
“We will need a significant number of British people, in particular those who have been furloughed they have the chance if they want,” Eustice told BBC radio.
“We are getting huge interest from people wanting to do this,” he said. “We need tens of thousands of people to do this work.”
The peak comes at the end of May and during June, he said.

​It seems that Boris Johnson is not returning the EU's calls about Brexit negotiations, now that the tables have effectively turned, and the EU really needs the revenue stream badly.
WTO-Terms-Brexit is looking more likely. Michel Barnier stews by the phone.
​ https://tomluongo.me/2020/04/25/eu-karens-barnier-complains-brexit-negotiations/

Pandemic is Not Just a Crisis, It's Also a Gift (sorta')
Nitrogen Dioxide has plummeted over China and Italy during this pandemic. Coyotes walk free again in California, eating people’s pets the way God intended.

A zoo in Hong Kong has been trying to get two pandas to Netflix and chill for 10 years. And now that the zoo is shut down, they finally mated.
What more proof do you need that we’re witnessing utopia? The pandas are shtupping again!
But let’s cut to the chase — and I’m sorry if the next statement upsets you — but in order to stop climate change and create a sustainable world, it requires the end of capitalism.
I know I’m not “allowed” to say that. Saying such a thing would be heresy on one of the corporate media dog-and-pony bullshit infotainment hours. If I spoke that unholy fact on CNN or Fox News or CBS or NPR, a tranquilizer dart would immediately hit me in the neck, and they’d cut to a commercial while my lifeless body was dragged off.
https://ahtribune.com/world/covid-19/4113-pandemic-is-gift.html

​Charles Hugh Smith looks at the shift to the economy of necessities. What will it be?
​ Superfluous demand is demand that's a manifestation not of what we might call authentic or organic demand for essentials but demand driven by cheap credit and the consumerist mania to fill the insatiable black hole of insecurity inside every debt-serf to raise their publicly posted social status with an endless stream of aspirational goods and services that shout "Look at me! I have the same things and experiences the top 5% have!"
But sadly, no amount of aspirational goods and services will fill the insecurity or create an authentic positive social role, or express an authentic selfhood that exists outside of the consumerist definition of "self" as nothing more than a consuming machine.
Every business owner and manager has to anticipate a decline in superfluous demand as incomes decline and credit tightens, and households and enterprises recalibrate their exposure to risks of further downside and forego spending in favor of rebuilding a cash reserve. How severe the drop in demand will be correlates with how much of their pre-pandemic sales were manifestations of superfluous demand.
http://charleshughsmith.blogspot.com/2020/04/with-superfluous-demand-in-free-fall.html

​Remdesivir seems to help the sickest COVID patients, which is an official release, not a leak, this time.
​https://www.zerohedge.com/markets/futures-surge-positive-gilead-headlines 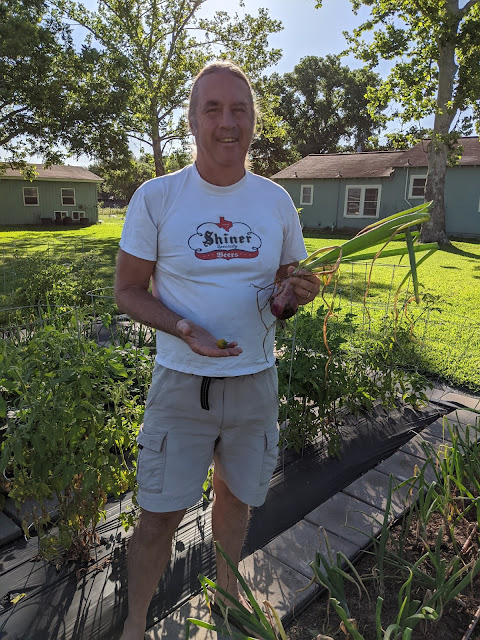